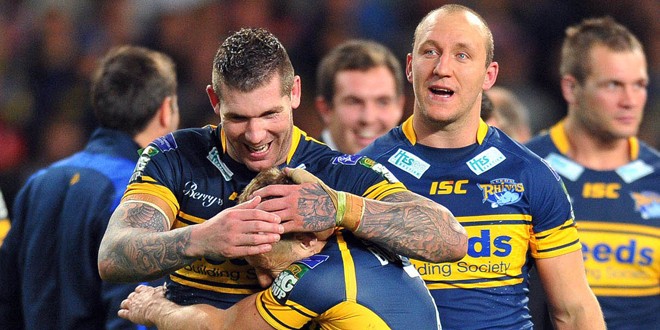 Statistics that rank rugby sides of both codes based on their compatibility and longevity have been released – and only one Super League team is in the top 30.

The ‘Team Unity Rating’ was devised by a company called Gainline and, in their words, ‘attempts to quantify the degree of unity and cohesion within that team’.

It is not a measure of success, but instead a way of determining which teams will have prolonged periods of good play.

Leeds Rhinos (10th) are the highest-ranked Rugby League club (including NRL), while Salford Red Devils are the lowest in 83rd, two spots off the bottom.

“Obviously, we can’t reveal exactly how we arrive at these figures, but they are based on the quantity and intensity of linkages between players within a side,” said Gainline’s Patrick Ferguson.

“As such, Leeds put up a good score in that much of their side has spent several years playing together with very little disruptive influence from outside the club.

“This is not to say that Salford, or any other side that attempts to assemble a winning team based on individual talent, cannot win a premiership,” he added.

Ferguson said teams that are cobbled together usually only enjoy small windows of success and that squads built around a core group of committed players enjoy long-term glory.

Here is how the Super League table would look if it was based on these figures. The percentage shows the team’s Unity Rating while the figure in brackets relates to the position in the full table.