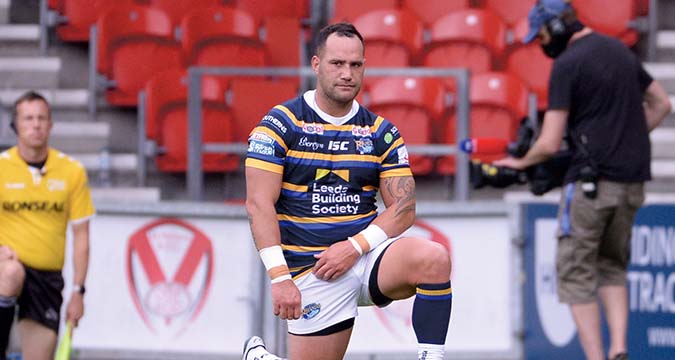 Leeds Rhinos have secured the retention of forward Bodene Thompson.

As reported by League Express last week, the Rhinos had made a play to retain the veteran forward after he has impressed both on and off the pitch.

After Toronto’s demise, a deal has now been reached and the 32-year-old will stay at Headingley next season.

Thompson has proven to be a consistent performer during his short spell, making ten appearances in total.

He will be in contention for the club’s play-off game with Catalans on Friday, which will see the Rhinos without their head coach Richard Agar after he was forced to self-isolate after coming into contact with a member of the club’s backroom staff who has tested positive for the virus.

Agar will miss the knockout clash with the Dragons, but would be available to return to work over the weekend should they advance to the semi-finals.

In more positive news, Sean Long, who will be Agar’s assistant next season, has linked up with the squad and will take temporary charge alongside James Webster, who is Agar’s current assistant. Webster will step away from his position next year to focus on dual-registration partner Featherstone Rovers, where he is head coach.