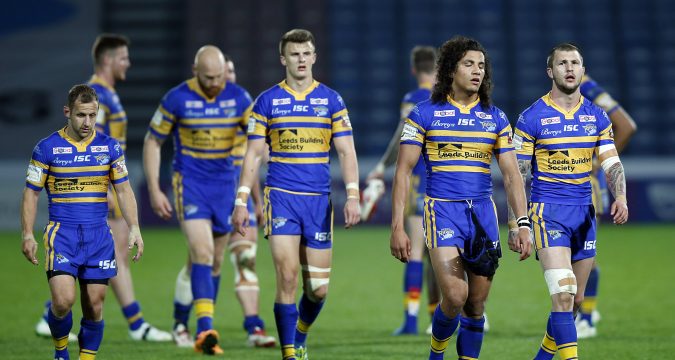 Leeds Rhinos’ season hit a new low as they were obliterated 12-52 by Castleford Tigers.

Luke Dorn’s first half hat-trick condemned the Rhinos to an eighth defeat in nine games as Castleford moved up to sixth in Super League.

For as atrocious as Leeds were, the Tigers were fantastic as they continuously threatened across the field.

Although Leeds took the lead through Mitch Garbutt, a Dorn hat-trick, a spectacular Denny Solomona try and one for Joel Monaghan gave Cas a 30-6 lead at half-time.

It only got worse in the second half for Leeds. Another Solomona try plus a bulldozing effort from Gadwin Springer added emphasis to the scoreline. And although Ash Handley did score for Leeds, two further tries through Ben Crooks and Grant Millington put an end to an utterly miserable night for the Rhinos.

A full report will be in the upcoming League Express.