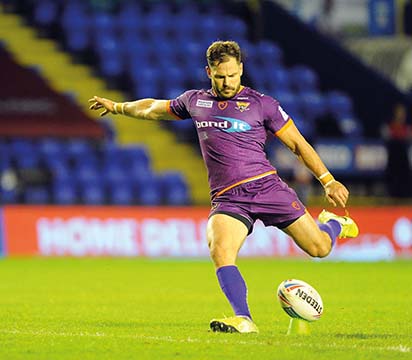 Leeds Rhinos have confirmed the signing of Aidan Sezer, 30, on a two year contract from Betfred Super League rivals Huddersfield Giants for the 2022 season.

Sezer, who was a runner-up for the Steve Prescott Man of Steel award in his debut season in Super League in 2020, joins the Rhinos after having previously played with Gold Coast Titans and Canberra Raiders in the NRL.

The halfback made over 150 appearances in the NRL and was part of the Combined Nations All Stars team that defeated England last month, alongside Rhinos players Matt Prior and Kruise Leeming.

He suffered an ankle injury for the All Stars against England, prompting fears at the John Smith’s Stadium that he may have played his last game for the Giants.

Commenting on the signing, Leeds Rhinos Director of Rugby Kevin Sinfield said, “We are delighted to have signed Aidan. With Rob Lui leaving us at the end of the season, strengthening our halfback options was a priority for us and Aidan was someone we identified early on as a good fit for our style of play. He impressed everyone in Super League last season with Huddersfield and I think he will thrive in our environment from next season.”

Rhinos coach Richard Agar added, “Aidan is a top-class player and a skilful halfback who will help bring the best out of the exciting talents we have in our team. I know that he had attracted interest from other clubs, both here in Super League and the NRL. However, I think it speaks volumes for his hunger and ambition that he wants to try and be part of a successful era at Emerald Headingley.”

Sezer added, “I am really excited about the move across to the Rhinos. In my opinion, the Rhinos are the biggest club in Super League and I hope I can be part of a successful couple of years in my time here.

“Leeds are known for their fan base and the enormity of the club and I am looking forward to experiencing that as a player. A lot of the boys who have been at the club in the past, cannot speak highly enough of the Rhinos. It will be a good environment for me to play my best. Leeds sells itself to you because of the size of the club. Back home, I used to watch the Leeds side growing up and I am really excited to be joining the club and I can’t wait to be a part of it.”