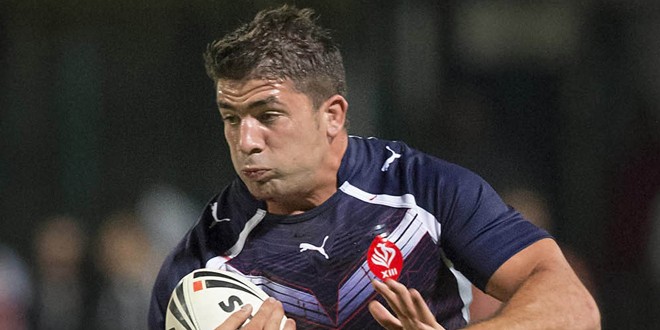 Nine Catalans Dragons players – from their first team and their reserve squad – have been named in Richard Agar’s 23-man France squad for this autumn’s European Championship.

There is star power with the likes of Morgan Escare, Julian Bousquet and Tony Gigot involved, whilst there are also eight English based players included, as France seek to avenge last year’s failure to clinch the tournament.

New St Helens star Theo Fages is included – after telling League Express last week he was keen to be involved in the squad – whilst the likes of Castleford’s John Boudebza, Hull KR’s Kevin Larroyer and former Dragon Gadwin Springer also make the cut.

There are also a number of players from the French leagues included including Remy Marginet, Clement Boyer and Olivier Arnaud.