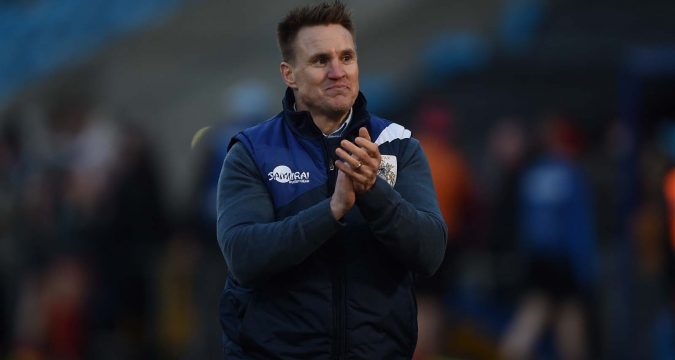 Salford Red Devils have confirmed the appointment of Richard Marshall as the club’s new head coach.

Marshall joins the club after winning back-to-back Grand Finals with St Helens, where he was the assistant coach to Justin Holbrook and, most recently, Kristian Woolf.

Before that, he started his coaching career at Warrington Wolves as Tony Smith’s assistant, before taking charge of Championship club, Halifax.

With Fax, the 45-year-old secured three top-four finishes in four seasons, despite having smaller budgets and lower resource than rival clubs.

“I’ve been really impressed by the organisation and everyone I’ve met.

“The ambition of the Club aligns with my own, which makes this a perfect role for me.

“I learned a lot in recent years, from Justin Holbrook and Kristian Woolf at St Helens and as a head coach in my own right, so I think I’ve got the skills necessary to be successful.

“Now, I can’t wait to meet all the players and get stuck into the preseason.”