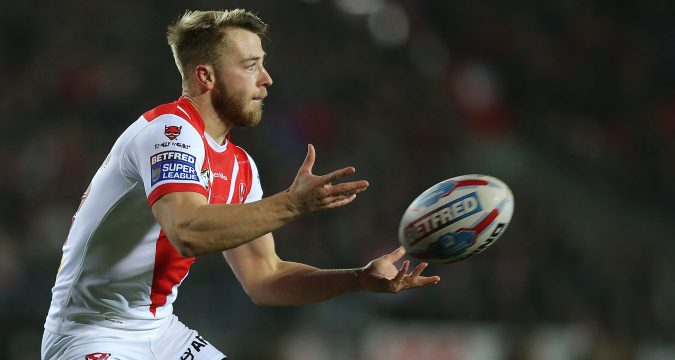 With Wigan taking the lead midway through the second half after Saints controlled the first half, St Helens came back with Danny Richardson’s boot and Regan Grace’s try proving the difference.

Wigan got on the board early when Dominique Peyroux was penalised for a ball steal on Ben Flower and Morgan Escare slotted the easy two points on offer.

It was Ben Barba however that lit up the derby with his ninth try of the season. Luke Thompson offloaded to Barba who streaked away and stepped Escare on his way to the line.

Saints extended their lead when Grace found a quick play-the-ball, James Roby ran out of dummy half and found the charging Zeb Taia. Richardson added the two to stretch their lead to ten at the interval.

Wigan replied only five minutes into the second period to get back within four. A George Williams inside ball gave Joel Tomkins space to run towards Barba and over the top of the fullback.

The Warriors drew level when a Sean O’Loughlin bounce pass found Willie Isa and he kept hold of the ball to plant it down. Williams, with Escare off the field, kicked Wigan in front.

Saints levelled the game through Richardson once more when it was ruled O’Loughlin had stripped Morgan Knowles of the ball.

Tomkins’ second try gave Wigan hope but their choice to take the conversion meant there was no time for a restart.