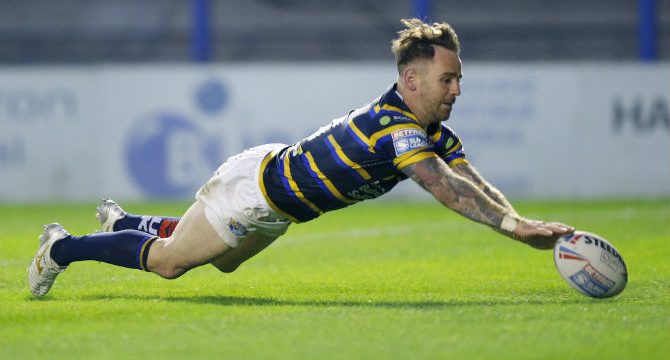 Richie Myler’s future has taken a U-turn after he signed a new two-year deal with Leeds.

The playmaker, who scored a hat-trick for the Rhinos in last week’s victory over Salford, had agreed to join Toronto Wolfpack next season.

But after the Wolfpack’s withdrawal from Super League and their future remaining unclear, the former Warrington man has now put pen to paper on a new deal with the Rhinos.

He said: “Throughout my career when I’m happy and enjoying it, I play my best rugby.

Myself and Rich (Agar) had an honest chat at the beginning of the year and I think that’s what was needed really.

“It could have gone one of two ways and we both said let’s make the best of what potentially could have been an awkward situation. We spoke about what the next couple of years is going to be, whether it is here or elsewhere for me and that has really given me an opportunity to make it really successful.”