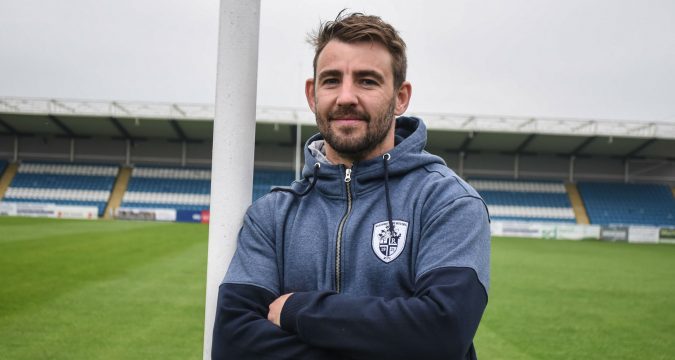 New signing Martyn Ridyard says the club must aim for another top-four finish.

The former Leigh halfback is the club’s major signing ahead of next season after signing a two-year deal with the club last week.

Fev have finished in the top four in each of the last two seasons but face stronger competition again this year from Leigh, Toronto and Toulouse.

However, Ridyard insists that does not mean the club should lower their aspirations.

“We will be looking to make the top four again and we want it to be impressive,” said the former Leigh star.

“Fourth spot will be the benchmark for us next season, as we have a quality squad in place. I believe we can more than match the likes of Leigh, London, Toulouse and Toronto.

“The Championship is getting harder and harder. Next year’s competition will be arguably the toughest to date, with so many full-time teams in there.

“I am just looking forward to getting into pre-season training and hitting the ground running when it comes round to the first league game of the season.”

Ridyard faces solid competition to tie down a place in the Rovers’ starting 13, with fellow half-backs Anthony Thackeray and Tom Holmes both vying for positions.

However, Ridyard believes the trio can all feature while competition for places continues to intensify.

“In a modern-day team, you can have three or more halves on the field at any one time,” added Ridyard.

“You could throw one at loose, one at hooker, or even one at full-back. It depends how you want to set up and play.

“Nowadays, the full-back acts, or can act, as an extra pivot. Sean O’Loughlin, although he is a lot bigger than me, plays as a kind of ballplayer at loose forward.

“It will be interesting to see how it all pans out, though, believe me, John Duffy’s style of play, with extra playmakers on the field, will have great results.”