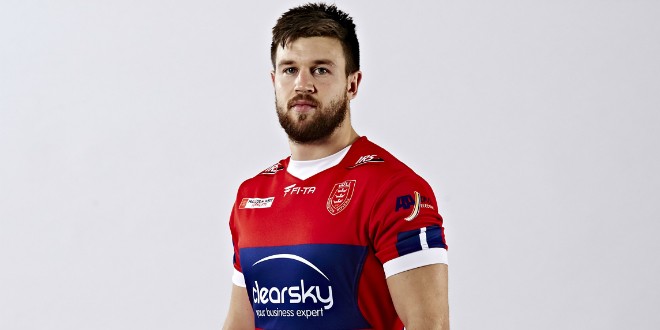 Hull Kingston Rovers scored four tries to beat Huddersfield Giants 20-16 at the KC Lightstream Stadium today, boosting their position in the league to fourth place as their leapfrogged the Giants and Wigan with five wins from their nine matches.

It was the first time since they returned to Super League in 2007 that the Robins had won both their Easter matches.

And they started the game strongly, scoring their first try through Darrell Goulding after just three minutes, when he was given a superb pass from halfback Albert Kelly. Josh Mantellato missed the conversion.

The Giants almost got back on terms, but Jamie Ellis knocked on when trying to score, and Kieran Dixon just kept Jermaine McGillvary out as he conceded  goal-line drop-out.

The Giants were eventually successful after 31 minutes, when Joe Wardle found a huge gap to go over near the posts, and Danny Brough’s conversion gave the Giants the lead.

But the Robins grabbed it back within three minutes, when a bomb by skipper Terry Campese was palmed back by Ben Cockayne, and Graeme picked the ball up to go over, although Mantellato again couldn’t add the conversion to give a score of 8-6 at half-time.

The Giants were back in the lead early in the second half when Ukama Ta’ai crashed over the line, with Brough converting the try.

Five minutes the Robins were back in front in this see-saw game, when McGillvary dropped a huge bomb from Kelly, who was able to take advantage to touch down, and this time Mantellato was able to convert to give the Robins a two-point lead.

And that was stretched to six points after 62 minutes, when Mantellato touched down after a Kevin Larroyer grubber found Liam Salter, who handed on to Mantellato for a try in the corner that he again couldn’t convert.

Campese then went for a field-goal that was initially awarded by referee Phil Bentham, who then changed his mind and gave the Giants a 20-metre restart.

But when Bentham awarded a penalty to Hull KR after 79 minutes, and Mantellato kicked it, that was enough to send most of the 7,827 supporters into raptures.

The Giants scored a late consolation try from Aaron Murphy, but by then it was too little too late, and they now drop down to seventh place in the table.