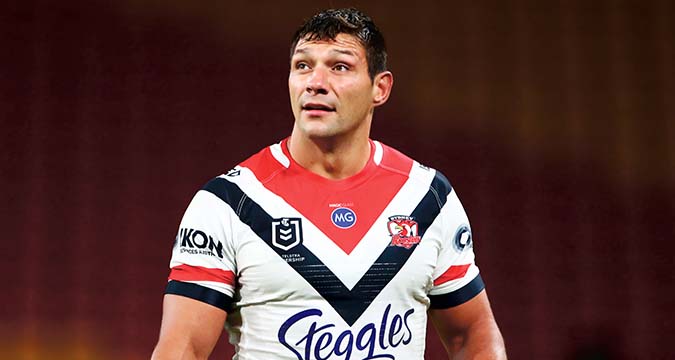 Hull Kingston Rovers have announced two major captures within a matter of days, with former Leeds Rhinos wing star Ryan Hall signing a two-year contract on his return from the NRL with the Sydney Roosters, and the recruitment of Melbourne Storm forward Albert Vete, also on a two-year deal.

With over 300 Super League appearances, 234 tries, six Super League Grand Finals and two Challenge Cup titles with the Leeds Rhinos, Hall, 32, who made his Leeds debut in 2007, has had a disappointing time in the NRL, failing to score a try for the Roosters in eleven appearances in the last two seasons.

“I loved my time over in Australia it was a great experience for me and my family. But I’m back to more familiar territory now, back in England and Super League,” said Hall.

“I started off under Tony Smith; he gave me my debut at Leeds and then again with England, and also he’s going to hopefully give me my debut for Hull KR as well.

“It’s pretty cool and familiarity is a comforting thing, so as long as I get settled in as soon as possible I can get back to playing my best rugby. With my relationship with Tony and Danny McGuire, that should come pretty easily.”

Rovers’ deal with Vete is subject to the Tongan star, who made one appearance for Tonga in 2015 against Samoa, getting a visa.

Vete, 27, played six times for the Storm this year on their way to the NRL Premiership title, although he missed out on their successful Grand Final.

His last game was on 4th September, when he was selected on the bench for Storm’s 14-10 victory over South Sydney. In all he made 54 NRL appearances in four seasons for the Warriors from 2015, before switching clubs during the 2018 season. He also played one game for Tonga in 2015.

“It’s a great acquisition for us, he’s the right age, right size and at the right stage of his career,” said Hull KR coach Tony Smith. He’s got some go-forward, he’s got lots of rugby left in him, so he’ll have a really good impact for us in the future.

“He’s a really nice young man, who’s come through a really good programme at Melbourne Storm, we’ve had lots of good reviews on him from the Melbourne staff. We are delighted that he’s coming over here for the right reasons, with the right attitude and the right maturity to help us in our rebuilding here.

“Coming from the current NRL Champions he comes with good pedigree and a good understanding of what it takes to be successful. He’s able to bring some of those experiences to us, and to our young people to help them along the way, whilst leading from the front.”

Vete admits that he took some persuading to commit himself to coming to England.

“At first, I was hesitant to move all the way to England to play footy, but once I talked to a few people they convinced me it’s the right move for me at my age,” he said.

“I want to keep playing footy and to keep growing, I’m only 27 so I know I’ve still got a lot of footy in me, I’m very keen to get over to England and learn.

“The reason Hull KR came about is because my manager knows Tony Smith. I’ve spoken to Tony a couple of times, he wanted to get to know me and to see how my season was travelling. We talked some footy and then when the season finished we started to talk serious. He explained to me where the club is heading, he wants me to come and add value to the club, and that’s what I’m looking to do.”