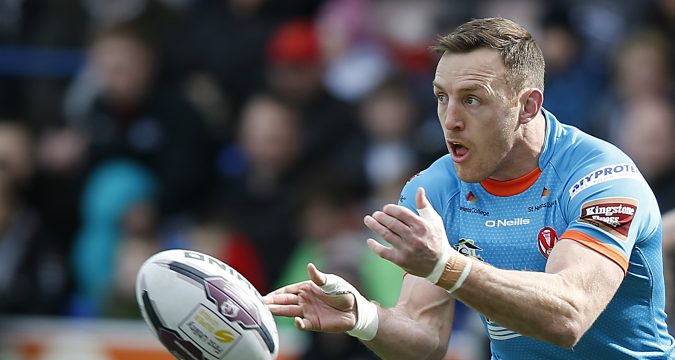 St Helens hooker James Roby insists that while they are not looking beyond Friday’s clash with Hull FC, he is fully confident that the Saints can return to Old Trafford this October.

Following a run of eight wins from 11 games since Justin Holbrook took charge, the Saints host third-placed Hull tonight knowing that victory would take them back into the top four.

And Roby, speaking to the club’s official website, says last week’s win against Castleford means little unless the Saints back it up tonight against the Black and Whites.

“We had a great performance against Cas and people have taken note as we are the first team to beat them at home, but it means nothing if we don’t carry it on,” Roby said. “We will keep working hard in training and prepare the best we can. We are slowly improving but there is still a long way to go.

“We will continue to take each game as it comes and if in six or seven weeks down the line we are in the Grand Final we will go for it. I am confident in the ability of this team to go on and win it but I’m sure every team would say the same.

“It’s Super 8s time now and the level will intensify. Hopefully we can use that to our advantage.”