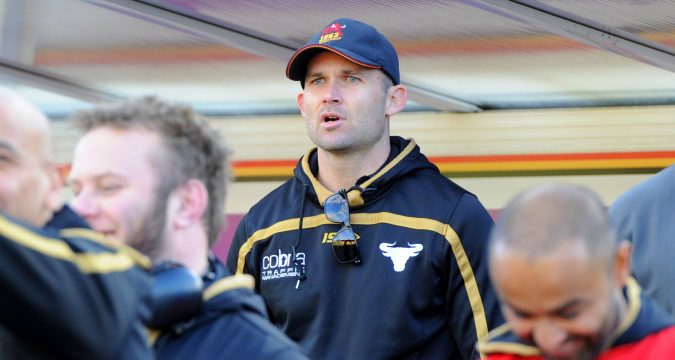 Rohan Smith has indicated that he would like to continue as Bradford Bulls coach should the club be reformed as expected over the next week.

The Bulls were liquidated on Tuesday following a failure from the administrators to secure a deal to save the club, after the last remaining bidder pulled out of discussions on Monday night.

But Smith has told the Telegraph and Argus that he is keen to stick around if everything falls into place and a new Bradfford can be put together.

“I came to be part of something big. We’ve faced some serious obstacles in that time but I’ll still be committed to being here if the situation suits everyone,” he said.

“There’s a massive challenge in every club. If you are ever in coaching and don’t attack it with everything you’ve got, it won’t be long before you don’t have a job anyway – regardless of the status and stature of the club.

“It’s a cut-throat business but also a privilege to have the opportunity to work with people who are so committed they are prepared to put their body on the line every single day.”

Several Bradford players are expected to sign deals elsewhere following the liquidation – but crucially, Smith has stressed that many of the club’s final squad would like to be a part of the new club.

“I feel like every staff member and the vast majority of our players all still want to be involved at the club,” he insisted.

“It’s potentially exciting. It all depends on who the new owners are and their intentions as to whether they want to make the club big again or exists as a Championship team.

“If something was to happen quickly, it’s very salvageable to have a positive roster and the opportunity to build something next year.

“But there are lot of things to be done and a lot of uncertainties.”