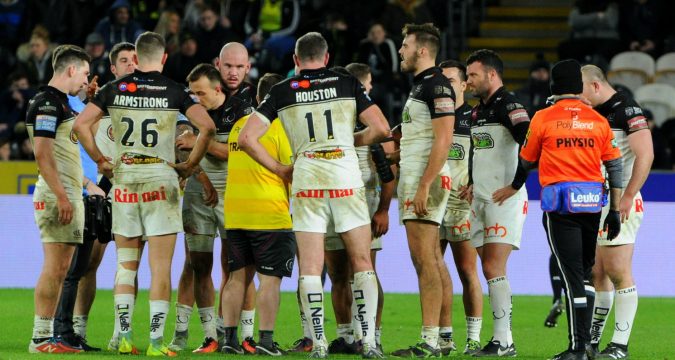 More details from all of today’s games, alongside the rest of the weekend’s action, will feature in Monday’s League Express.

Widnes Vikings picked up their first win of the 2017 Qualifiers as Corey Thompson’s brace helped them to a 36-12 victory at Halifax.

Despite Fax’s red-hot winger Ben Heaton making it six tries in two appearances, they barely threatened a shock at the Shay.

London Broncos and Featherstone Rovers played out an enthralling 32-32 draw as both sides picked up their first points of the Middle 8’s.

The Broncos led by 10 going into the closing moments but tries from Luke Briscoe and Chris Ulugia saw the visitors steal a point in dramatic fashion.

There was also late drama in the Championship Shield as a James Glover penalty snatched a 36-34 victory over Toulouse Olympique.

It was a good day for the other three Yorkshire representatives too, as Bradford Bulls, Batley Bulldogs and Sheffield Eagles picked up away victories at Oldham Roughyeds, Rochdale Hornets and Swinton Lions respectively.

In League One, Keighley Cougars became only the second third tier side to avoid defeat against Toronto Wolfpack in a 16-16 draw.

Whitehaven couldn’t capitalise once again however as they fell to defeat at Doncaster while Cumbrian neighbours Workington Town also lost away from home, at York City Knights.