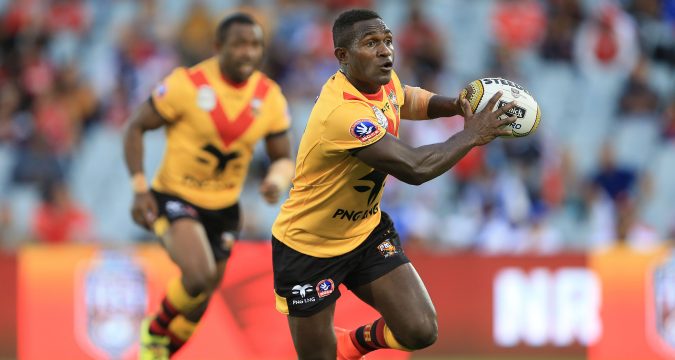 Featherstone Rovers have confirmed the signing of Papua New Guinea duo Watson and Ase Boas for the 2019 season.

The brothers represented the Kumuls in the 2017 World Cup and played a crucial part in the PNG Hunters’ Intrust Super Cup win during the same year.

Featherstone Rovers general manager Davide Longo said: “We are very excited to announce the signings of the Boas brothers.

“They are two hugely talented players who have experience of winning and playing at an elite level.

“This is only the start of our recruitment for the 2019 season and there will be more reasons for supporters to be excited.”

Meanwhile, Rovers Head Coach John Duffy was full of praise for his side’s win over Leigh on Sunday with only 14 players named in the matchday squad.

” It was a top performance from us; backs to the wall stuff. I’ve said it from day one: They’re a very special group and they’ve turned up for each other again today. It was a massive performance today against a good Leigh side.

“We’ve coped with it this season having a couple injured on the bench. We’ve had a right dig and I’m really proud of everyone in there.”