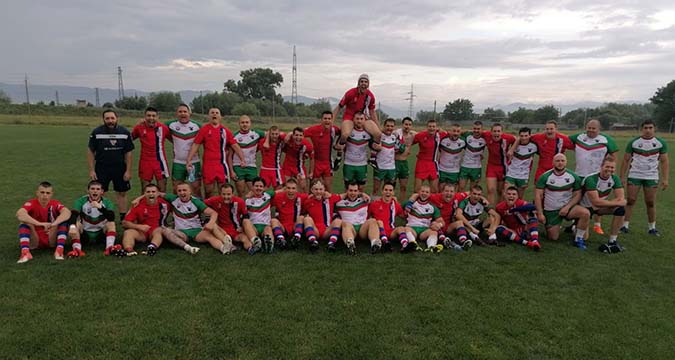 In only their third international, Bulgaria put in a spirited performance to run a young Serbia side close at FC Trebich in Sofia.

Their previous matches were in the 2017 Balkan Cup, both in Belgrade, when they went down 68-8 to Greece and 50-20 against Serbia.

The hosts trailed narrowly at half time and it took a try in the 71st minute from prop Djordje Krnjeta – who crossed twice last week against Bosnia & Herzegovina – for the visitors to claim the spoils.

Bulgarian Rugby League Federation president, Tihomir Simeonov, commented: “It was a really tight game. We lacked a little discipline in the end but I’m extremely proud on our lads, they worked hard and improved significantly. We are young side and will continue to learn. We will keep upgrading relationships with teams from Serbia and are looking forward to playing against them again.”

The kick off was delayed by an hour due to heavy storms and to protect the players from a possible lightning strike and Serbia began strongly, with two unconverted tries from winger Uros Ilic and Nikola Mladenovic inside the opening ten minutes.

Bulgaria hit back when centre Denis Ivanov crossed and Ali Rasol goaled, hooker Mladenovic claiming his second try in reply soon after, Strahinja Stojiljkovic with the conversion. Home man of the match Miroslav Debreliev’s touchdown made to 10-14 at the break.

In a sensational start to the second half, Jeliazko Kostadinov edged Bulgaria level and Rasol’s conversion put them ahead for the first time but with Debreliev and Serbia’s best – opposite number Enis Bibic – in the sin bin, Serbia retook the lead with a second Ilic try and two more Stojiljkovic goals – the second a penalty after a fine Bibic break on his return – before Krnjeta sealed victory.

Jasmin Bibic, Serbia assistant coach, said: “The match was very physical and competitive. We need that for this young team to make them stronger players. Bulgaria were very good and well prepared, they made it extremely tough for us. We continue with matches against Montenegro and Albania next and this is a tremendous experience for our side.”

The Bulgarians had gone into this match with confidence, after club side Lokomotive Sofia defeated Tsar Dusan the Mighty 62-12 in the Serbian second division a fortnight ago, the first-ever victory by any Bulgarian rugby league side. That game was played in the Serbian city of Paracin in the stadium where the first domestic rugby league fixture was played in the region – on 25 April 1954, between Partsian Belgrade and Radnicki Belgrade.

Simenov added: “We have been part of European Rugby league since 2017 including participating in the Balkan Super League with Locomotive Sofia and 9s. We are still processing official recognition by the Bulgarian Ministry of Youth and Sport and fighting for our rights. We hope that performing well in this international will help our cause.”

Serbian RL general secretary Vladan Kikanovic said: “We are continuing our plan to strengthen our youth national team and to support development of nations in the region, with games still to come against Montenegro and Albania. We have also used this as an opportunity to support the sport in Babusnica, which hosted a match last October between Radnicki Nis and Partisan Belgrade.” 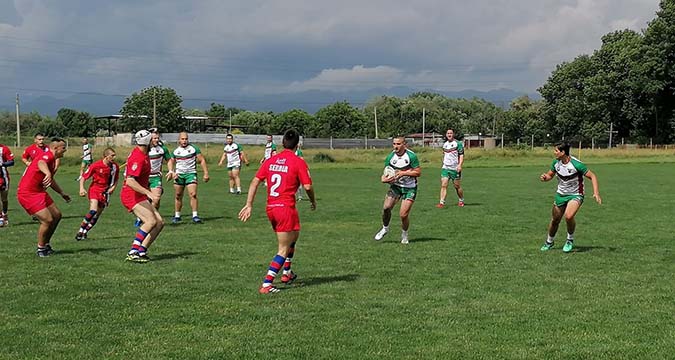