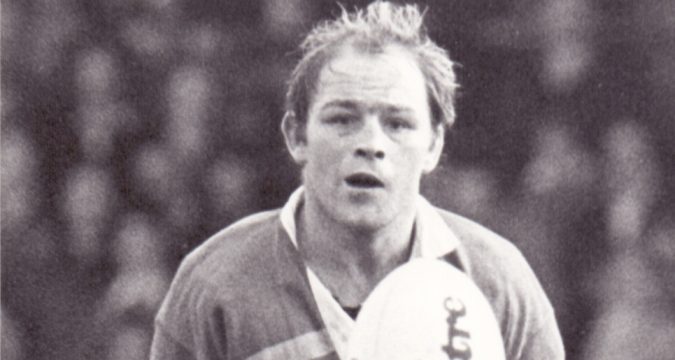 DAVID WARD was the first winner of Rugby League’s prestigious Man of Steel award in 1977, the year he captained Leeds to Challenge Cup glory against Widnes and played in a World Cup. He won again under the Twin Towers a year later, leading one of the great Leeds teams to victory over St Helens. He played in 14 major finals in a glorious Headingley career and was in the first group of players last year to be inducted into the club’s Hall of Fame. The talented hooker toured Australia with the Great Britain Lions in 1979 and won 12 caps in total. He moved into coaching, taking charge of Hunslet, Leeds, Batley and Featherstone Rovers. He is the father of the London Broncos coach, Danny.

RR: You were named Rugby League’s first Man of Steel winner, which was awarded to “the personality judged to have made the most impact on the season.” What did it mean to you?

DW: Back then, awards were given to the best player in Division One, the best in Division Two, the coach of the year, the best young player and the top referee. I’m 99 per cent certain that they then picked one of those winners who it was deemed had had the biggest impact on the year to win the Man of Steel. 1977 was my golden year. Every player who has played has one season when they couldn’t do anything wrong. I made my Great Britain debut, went on tour, won the Challenge Cup and Yorkshire Cup and was the player of the year at Leeds. For winning the Man of Steel, I got six goblets and a silver tray. It wasn’t all glamorous though. I was once man of the match in the Yorkshire Cup and won a vacuum cleaner.

RR: You played in the match at Salford in 1977 when Chris Sanderson passed away. What are your memories of that awful day?

DW: It was the saddest day imaginable. He was a good friend of mine. He came from York. We met at 14 and went on the English Schoolboys tour to France. We didn’t know we’d be playing together at Leeds three years later. He took a knock and then another. He walked off the field and the game carried on. There didn’t seem to be any dramas. Then in the second half I noticed some commotion on the sideline. The touch judge came on to talk to the ref, who got me and Chris Hesketh, the Salford captain, together to explain that Chris had died. You’re pumped up with adrenaline when you’re playing but as soon as the ref mentioned Chris had passed away, the adrenaline just vanished. It was terrible. The game was abandoned. I wouldn’t wish anyone to experience a dressing room like that. All the wives and girlfriends were there as well. We all went back to Headingley that night, in the lounge and discussed things. But we knew we had to kick on and it was a motivation to win at Wembley for him. There was so much emotion, but there was also a lot of strength there and that’s how we pulled it around. Chris would have played at Wembley, but Kevin Dick came in and had a storming game.

RR: You played in 14 major finals. Which brought you the most satisfaction?

DW: My first was the 1972 Championship Final against St Helens, a week after we’d lost to them in the Challenge Cup Final, when I’d been an unused sub. A few new players came into the team, including myself at hooker. And it was fabulous, as we turned them over this time. Wembley in 1977 and 1978 obviously spring to mind. There were Yorkshire Cups as well. One that was quite interesting was the 1975 Premiership Final against Saints, which we won 26-11. The front row of Roy Dickinson (18), myself (21) and Steve Pitchford (23) was very young. But when you’re young, you have no fear. You’re fit, you’re good and you have no respect for anybody. You want to confront the opposition and you can’t get enough contact. You want the ball. You’re falling over each other to make the tackles.

RR: What do you remember of the 1977 World Cup in Australia?

DW: It was brilliant – I loved it! Going over there, hearing the national anthem and wearing a lion on your shirt is a different league. You’d die for the shirt. I had the misfortune of missing the final with a bust ankle, but that’s rugby. We lost the final 13-12. Australia put on a run-around and Stuart Wright intercepted it and scored under the posts. But Billy Thompson had blown up to give us a penalty for crossing before he’d seen the interception. Billy was too good and because of that he blew up as soon as he saw the offence. I remember Steve Pitchford having a great game.

RR: You must have less fond memories of touring two years later on the 1979 Lions Tour.

DW: No, absolutely not! It was a great tour. We won most of the games, barring the three Tests. We then went to New Zealand, won all the country games and won the Tests 2-1. The history books say it was a disastrous tour, but I don’t understand where that comes from. We copped for a lot of injuries. We had to fly ten in. I’ve only read negative stuff about that tour, but when the players get together, we wonder where the negativity comes from. There was no balance to the reporting. The Aussie names roll of the tongue. Their team was full of legends.

RR: Which of your coaches had the biggest influence?

DW: They all did. There’s no such thing as a bad coach. They all have qualities. Derek Turner was my first coach. I’d idolised him at Wakefield. Some may be weak in one area but will be strong in another. As a person and player, you learn from them all.

RR: You played briefly at Workington.

DW: I wasn’t there long but I do have a Cumbria Cup Final medal to my name! I’d retired as a player and had been coaching Hunslet. We won Division Two but then got relegated. I was out on a limb. I’d been on holiday. I wasn’t in the house for 20 minutes when Maurice Bamford appeared. I’m sure he was waiting around the corner for me! I said I didn’t want to sign for Workington, but he persuaded me to drive up there with him, so we could have a chat in the car. He left me in the boardroom with a couple of directors and they persuaded me to sign. I got back at midnight and my wife couldn’t believe it when I told her I’d signed for Workington! I only played until Christmas, but it was great to have an input. We weren’t flying, but they were a good bunch of guys and I enjoyed every moment. Then my shoulder came out and that was it for my playing days.

RR: How do you look back at your time coaching Leeds?

DW: I went back to Hunslet for half a season. I was happy there and was planning for the oncoming season, but then Bernard Colby phoned and asked me to be Malcolm Reilly’s assistant coach. We played two matches and to this day I’ve no idea what happened, but Mal finished. I took over. It was a great honour! We finished second to Wigan but then we dropped to fifth the following season. The club had other ideas and I moved on.

RR: When you coached Batley, what do you remember of the final-day promotion decider against Doncaster in 1994?

DW: Some of these players in the lower divisions don’t know how good they are. They don’t appreciate themselves. More professionalism, a little more dedication and organisation, and a little more duty of care in how you present yourself at training and matchdays, makes all the difference. Suddenly they were rising to the occasion and instead of being negative and listening to people in the pub who have never played the game, they were challenging for promotion. You do need some quality though. Not guys who are there just for the money but guys you can trust. We had experience in Jeff Grayshon, Wayne Heron and Jimmy Irvine, and good players like Glen Tomlinson, Mark Scott and Simon Wilson. We had to beat Doncaster to get promoted, but Jeff got sent off and we lost 10-5. Jeff was then found not guilty, which wasn’t very helpful! But it was fate. Doncaster collapsed when they got promoted and that could have been us. We didn’t have the money to buy a new team for Division One.

RR: You then moved on to Featherstone, who were kicked out of the top flight in 1995 as result of Super League beginning, despite avoiding relegation. That must have been hard to take.

DW: Shenanigans is the right word! My remit at Featherstone was to stay up and we finished 11th out of 16, which was a great success. At the end of the season, we celebrated being in Super League, but within 24 hours we were out. They invented a side from Paris and promoted London, so poor old Featherstone got kicked out. They were crazy times, but I thoroughly enjoyed my time there. It’s always been a hotbed of Rugby League and we developed an Academy team who won their Championship. In my first season, we got to the Challenge Cup semi-final against Leeds. We were about to score a crucial try, but Garry Schofield took an interception and went the length of the pitch. Only he could have done that!

The next instalment of Rugby League Heroes will feature Jason Robinson in next Monday’s League Express.