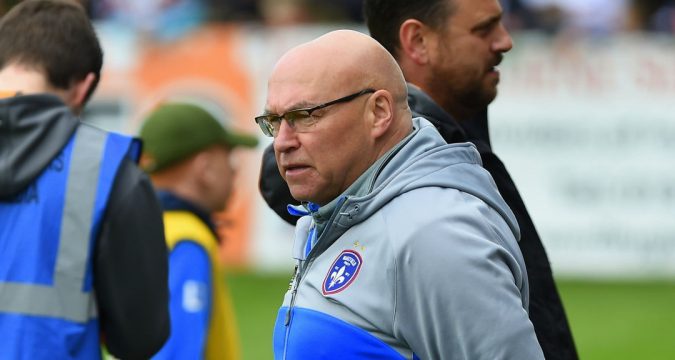 Wales coach John Kear says this year’s Rugby League World Cup is a wake-up call for sides in the northern hemisphere – before saying the competition as viewed as ‘third tier’ south of the Equator.

Kear has overseen two crushing defeats for Wales so far at this year’s tournament, ahead of their final game against Ireland this weekend. Their hopes of qualifying for the last eight are already over.

And the Wales boss believes that the southern hemisphere sides such as Fiji and Tonga have progressed so much, it is an eye-opening experience for everyone in the north.

“It has been really difficult and the results make it that way,” said Kear. “But the eye-opening thing for me is, from the last time I came down under to the time now, things have moved on so greatly.

“I do not want to depress everyone but results are showing just how good the southern hemisphere really are.

“You have got to have wake-up calls and I think we are getting one.”

Kear also said that he feels the tournament is viewed low down on the priority list of many in the southern hemisphere, adding that it falls below State of Origin and the NRL in the pecking order.

“That is no good for anyone. I get the impression from speaking to people and being in among people who are involved in the game in the southern hemisphere that this is looked upon as a third-tier comp.

“They say State of Origin is the top tier, followed by NRL and this is seen as a standard below NRL and it probably is. And that is reflected in the interest shown in it.”