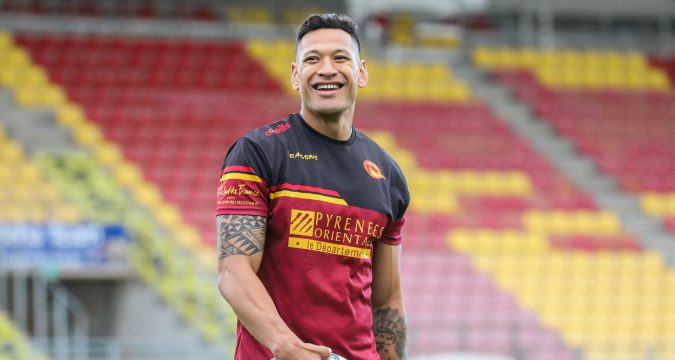 There are two major issues with the governance of rugby league.

Both of these problems have festered for years. There was the league restructure debacle of 2018. Last year we didn’t get official confirmation that Toronto would be allowed into Super League until three days before the Championship Grand Final.

The Super League season is underway yet still there are votes and proposals over Toronto and potential salary cap dispensation.

Then there’s the case of Israel Folau.

Last year the RFL said they had “ultimate discretion to refuse to register a player where it may bring the game into disrepute or he has been deregistered by any other governing body”.

Yet when push came to shove they quickly changed their tone, pushing the responsibility on Catalans and adding: “However distasteful his previous comments, we don’t believe that, under our current regulatory framework, these can prevent his participation in the sport.”

In effect, they insinuated they had no power. In reality, they just didn’t want to assert it. Most likely in fear of the legal implications.

Super League, who let’s not forget decided to split from the RFL a few years ago in order to give themselves more control of the competition’s matters, followed suit, shrugging the responsibility onto Catalans, one of the members of the Super League board, it should be noted, who went against the wishes of their counterparts and signed Folau anyway. So much for control.

In an attempt to enforce the perception that Super League does operate some form of power they stated after a club’s meeting that the Board had “voted unanimously to put in place measures that ensure the Super League has greater authority to stop controversial signings such as this in the future”.

But when you break it down, all they agreed was to discuss the signing of players with chequered pasts moving forward.

Catalans discussed the signing of Israel Folau with Super League chief executive Robert Elstone, he told them he did not welcome his arrival and would not support it. They signed him anyway. Because it was in their best interest to do so and because Super League could do nothing about it.

When the next club decides to sign a player with an undesirable blotch on his record, they will point out that Folau was let in so how can they not let a drink driver, a domestic abuse convict or a failed drug-tested athlete in too. The bar is so low now Folau is in the competition every club has a strong argument to defend signing whoever they want. After their unanimous outrage over Folau you’d imagine all clubs will now only be signing players holier than thou, though one assumes their moral compasses will be misplaced when it suits.

If Super League wanted to hold some level of power over who is allowed to play and who is not they should have asserted their intent to do so before Folau, not after. It was reactive, not pro-active. Now, it is too late.

Super League’s new ‘measures’ are merely a desperate attempt to save face because the measures they’ve put in place are meaningless. They hold no weight. It will not prevent any club from signing anyone. All it will do is allow clubs to air their grievances about the dangers, just like a concerned parent would before their child goes to Magaluf for the first time. But just like the kid who’ll still drink too many dodgy mixers and jump in the sea after, clubs will still sign the player they want.

History would suggest you shouldn’t hold your breath.