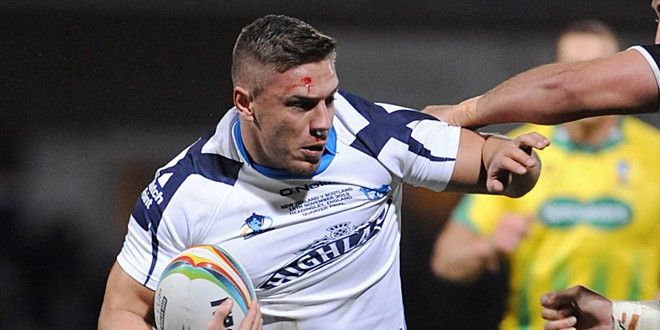 Fresh from making his first start for Warrington Wolves, Matty Russell is preparing for another significant moment his career – his debut in the Challenge Cup competition.

Before his year with Gold Coast Titans, Russell made two appearances for Wigan and six whilst on loan with Hull FC.

But none were in the Challenge Cup, which he is now aiming to put right, especially after a strong display for the Wolves on Sunday in their 14-33 victory over the Giants. Warrington visit Hull KR on Sunday afternoon in what could be a tricky encounter.

“It is a special competition and the club prides itself on doing well in it,” said Russell.

“I was back at Wigan when they won it in 2012. Me and some of the younger lads, who are now playing in the first team there, went down to London for the weekend and enjoyed the win with the rest of the lads and went on the bus parade afterwards. I remember thinking then that it would be great to get a taste for myself.”

Russell’s spot in the starting line-up on Sunday saw Stefan Ratchford move to stand-off and partner Richie Myler in the halves, with Gareth O’Brien losing his place.

“Rich and Stef can be a really good partnership,” added Russell.

“They work really well together in training and are gelling together out on the pitch, so it’s looking good. Gaz O’Brien has been playing well this season too and has done a good job for us, so a few guys are fighting for the spot.

“Tony (Smith – coach) will have different game plans for different teams, so things will be switched around all season. Gaz will play again and Stef will move around, as he can slot in at a number of different positions. But now that I have my starting spot I don’t want to let it go easily.”