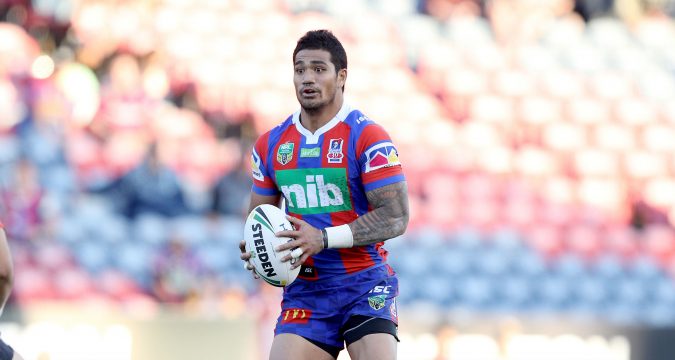 St Helens have offered Newcastle Knights star Peter Mata’utia a deal to join the club in 2018.

Saints have entered the running for his services after offering the versatile outside back a deal to link up with Justin Holbrook beyond the end of the season.

The 26-year-old has made 20 appearances for the Knights this season, scoring seven tries. Although it’s understood a contract is on the table for him to remain at the Knights, the Saints have tabled a more appealing contract in the hope of luring him to England.

Saints have tabled a multi-year deal in the hope of luring him to the Totally Wicked Stadium.

Saints have yet to officially confirm any signings for next season, although it’s understood they will secure the services of in-demand Bradford back rower James Bentley.