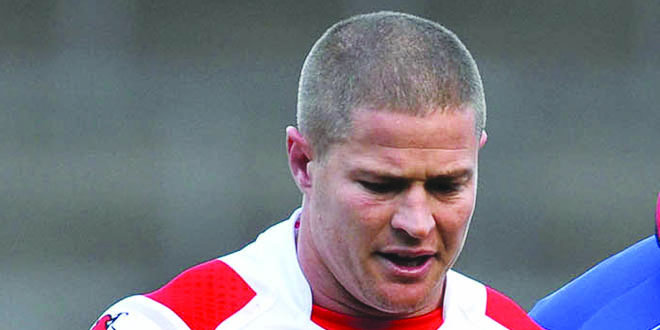 St Helens scored 28 unanswered points in the second half to defeat Hull Kingston Rovers 52-12 tonight at Langtree Park, taking them one point ahead of Leeds at the top of the table and condemning the Robins to the Qualifers when the Super 8s begin next month, at the same time ensuring that the Catalans Dragons, who play Leeds at Headingley on Sunday, will retain their place in Super League.

St Helens were without their captain Jon Wilkin, as well as hooker James Roby and winger Tommy Makinson, but they had far too much firepower for the Robins, establishing a 24-0 lead after 24 minutes through tries from Joe Greenwood, Travis Burns, Matty Dawson and the returning Atelea Vea, who was back in the side after shoulder surgery, with Luke Walsh adding four conversions.

The Robins, who were without halfback Albert Kelly and winger Ken Sio, but gave a debut to Australian halfback Dane Chisholm, fought back with first-half tries from Kieran Dixon and John Boudebza, both converted by Josh Mantellato.

But it was all one-way traffic in the second half, as Saints added five more tries from Adam Quinlan, Mark Flanagan, a second from Greenwood and two late touchdowns from Adam Swift, with Walsh converting four of the five tries.

A full match report, photos and comment will feature in Monday’s edition of League Express.