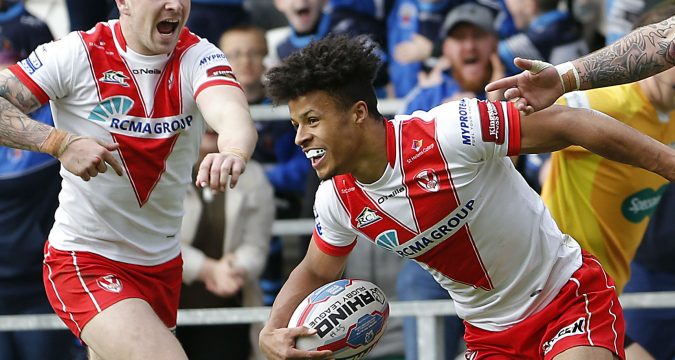 The 20-year-old winger has burst onto the scene since making his debut on Good Friday, scoring five tries already.

He has been rewarded with a new contract that will keep him at the club until the end of the 2019 season.

“I’m really happy to commit my future to the club for the next two-and-a-half years,” Regan said.

“This season has been a good one for me so far – I have made my debut in a derby and have played in some big games. I’m now looking forward to working hard, improving and doing the best I can for the Saints.

“I’d like to thank everyone who has got me where I am today; from the people who spotted me when I was younger to the coaches at my amateur clubs.

“The staff have been brilliant since I joined the Saints – right from the Academy through to the first team – as has the club both on and off the field.

“The fans have also been superb and I would like to thank them for their support every time I pull on the red vee.”

Grace, a Wales international, joined Saints after impressing on trial after playing rugby league for South Wales Scorpions at 16s and Wales at Under 18s.

Saints Head Coach Justin Holbrook said: “I have only been here a short time but I have seen the raw potential Regan has.

“He works hard in training and sets a strong example to the other younger players in the first team and Academy.

“He knows he isn’t the finished product and with a strong work ethic I am sure he will continue to improve at the club.”