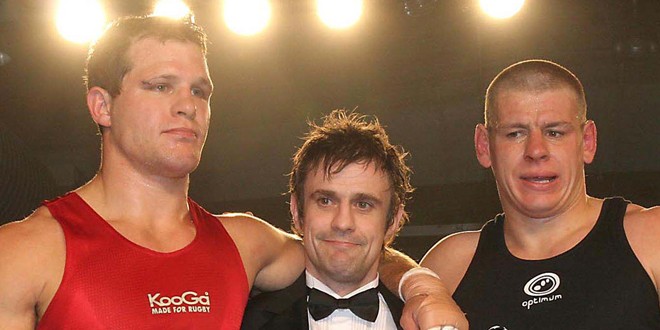 St Helens and Hull FC will have more than just points to play for when they meet in the second Super League fixture of the season at Langtree Park on February 21.

Prescott enjoyed two spells at Hull after starting his career with Saints and represented England, Ireland and Lancashire. He was considered among the finest full-backs in the game but was tragically diagnosed with a rare form of cancer in 2006 and given just months to live.

Somehow, he summoned the strength to carry on living for seven more years while in the process raising money for others in similar situations. He sadly passed away in November last year. A hero if there ever was one.

For the first leg of the match, a past player guard of honour will pay tribute to his sons Taylor and Koby, who will be mascots for the match. His brother Neil will carry on the match ball, too.

The Steve Prescott Foundation will hold a bucket collection on game day and the club will donate £5 from each ‘PRESCOTT 1’ shirt printed to the charity in the run up to the match.

General Manager of the Steve Prescott Foundation, Martin Blondel, said: “We would like to thank both clubs for dedicating the first prestigious home game of the season to Steve’s memory.

“It will be fantastic to see Saints fans wearing the ‘PRESCOTT 1’ and raising funds for the SPF.

“It is quite clear that the intentions of St Helens and Hull FC will see Steve’s legacy will continue forever and there is no more fitting tribute than the Steve Prescott Cup.”

St Helens Council are also planning a permanent reminder by renaming the bridge that links up Langtree Park with the town centre.

The below video is a tribute to Prescott.