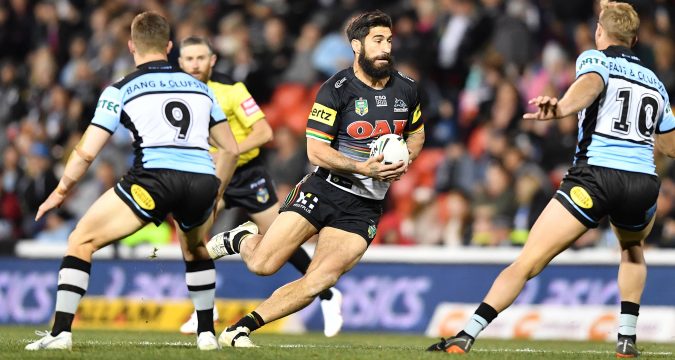 St Helens have held discussions with James Tamou about a move to the Totally Wicked Stadium next year.

League Express can reveal the former Australia forward is one of the Saints’ top targets for the 2021 season and he has been identified as a potential replacement for the outgoing Luke Thompson, who will join Canterbury Bulldogs next season.

Talks are understood to have commenced before the suspension of the Super League season. And although the financial implications of the pandemic are set to sting clubs, Saints are still believed to be keen on bringing the 31-year-old to the club.

Tamou, a 14-time Australia international, is off-contract with the Panthers at the end of the season.
He signed a four-year deal with the Panthers in 2017 that was reportedly worth $750,000 (£400,000) per year, after an impressive spell with North Queensland Cowboys.

That deal came off the back of several years playing representative rugby for New South Wales and Australia, after he debuted for both in 2012. But he hasn’t played State of Origin or for the Kangaroos since joining the Panthers and will be 32 at the start of the 2021 season.

Despite that, St Helens head coach Kristian Woolf remains an admirer of the forward. The Saints coach knows Tamou following their days together at the Cowboys, having been on the coaching staff for the final two years of Tamou’s tenure at the club.

The Super League Champions have halted negotiations with their current players who are coming off-contract at the end of the season as the pandemic plays out and it’s believed the same can be said of Tamou in relation to the Panthers.

Crucially, St Helens have a quota spot available and CEO Mike Rush has managed to assemble the club’s title-winning squad while keeping space on their salary cap, making a move for Tamou viable.

The club didn’t make a single signing ahead of the 2020 season, giving Woolf time to assess his squad and recruit when the right players became available.

With Thompson on his way out, recruiting a frontrower has become a priority, and while James Graham has been linked with a return to the club, there is not thought to have been any contact between the two at this time.