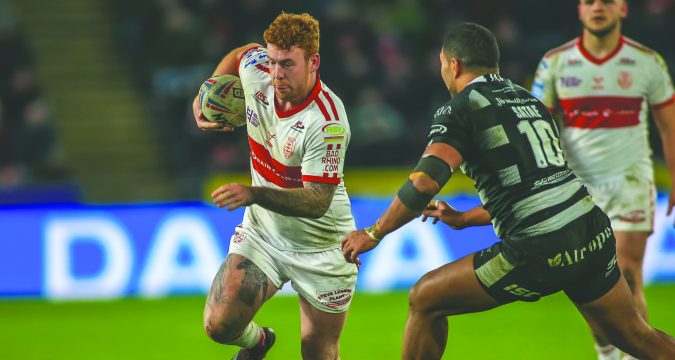 Salford Red Devils have confirmed the signing of Harvey Livett.

The utility joins the Red Devils from Warrington, and after a one-year loan spell with Hull Kingston Rovers.

Livett, 23, said: “I’m looking forward to getting into pre-season and then proving what I can do on the pitch.

“Speaking to a few of the boys who I know here, this is a great place to be and next year’s going to be a big year for us.

“I worked with Rich before, when I was coming through at Warrington, so I know what he’s about.

“He’s a good coach and I’m looking forward to working with him.”

Head coach Richard Marshall added: “I have known Harvey since he was coming through the academy at Warrington.

“He’s an exciting, energetic player, who adds another dimension to our team.

“He has a lot of Super League experience for a player so young, but is still determined to continue his development.”