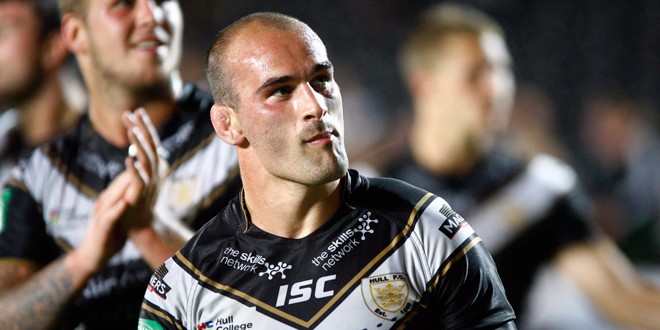 The Black and Whites were in a commanding position against the Red Devils but two late tries from Junior Sa’u and Francis Meli, and a superb touchline conversion from Jake Mullaney, forced extra time, in which Rangi Chase landed an 88th-minute field-goal to send his men through to the fifth round.

Houghton says his side are looking to get back to winning ways against Huddersfield on Thursday night.

“We put a lot of effort in against Salford and everybody in the squad is still stinging a little bit,” he said.

“We came in the following morning to have a good look at the video and we know where we went wrong, so it’s up to us to bounce back against Huddersfield.

“We’ve got a tight-knit bunch in that dressing room. Everybody is prepared to stick their hand up and do the tough work for the good of the team.

“That’s the mentality we need right now, we’ve got to keep grafting together and the good thing about this sport is you get another chance the following week to put things right.

“It’s a different competition this week but it’s still an opportunity to right a few wrongs and that’s the challenge for us.”