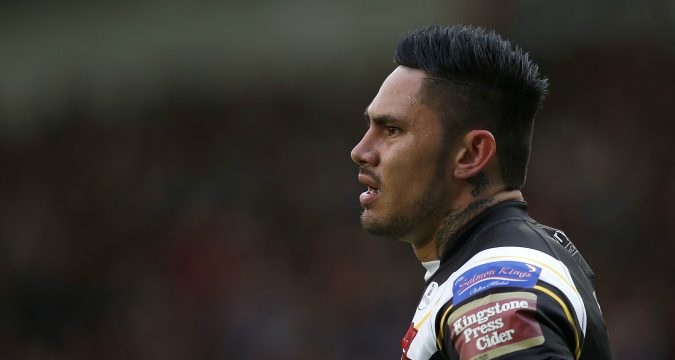 The former Brisbane winger joined the Red Devils at the start of the 2016 season on a two-year deal, but has been granted a release from his contract to allow him to be closer to his family.

A shoulder injury meant he didn’t make his debut until May, and he struggled to live up to expectations following his move from the NRL, ultimately making just 10 appearances for the club.

“Daniel came across to give it a fair crack,” said head coach Ian Watson.

“He struggled with injuries early on which didn’t allow him to get up to speed as quickly as the other boys and he’s struggled with some family issues. We understand that family is hugely important for Daniel who provides a lot for his loved ones, and we were never going to stand in his way when he said he wanted to go back.”

Vidot added: “I’ve really enjoyed my time here, it wasn’t easy last season with injuries but I really gave it my best shot.

“It’s a decision made purely for my own reasons and has nothing to do with anyone at the club. Everyone here has been massively supportive of me and I can’t thank them enough. I wish everyone at the Red Devils the best for 2017 and beyond and I’d like to thank all of the fans who have been fantastic with me since I arrived, and I hope they understand my situation.”

His departure leaves Salford short in the backs department. The club has yet to replace either Josh Griffin or Mason Caton-Brown, who have joined Hull FC and Wakefield respectively, while Vidot’s departure leaves them with just six outside backs.