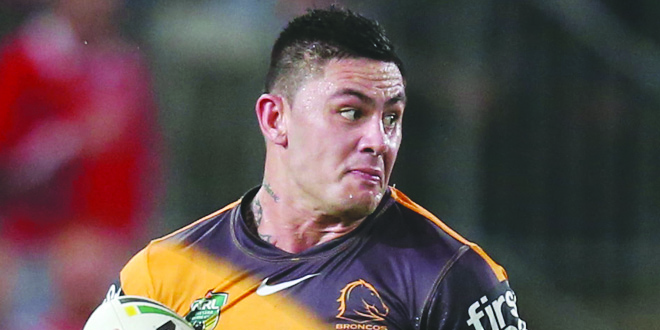 The 25-year-old Brisbane winger has become the latest man to sign up at the AJ Bell Stadium – just 24 hours after Salford coach Ian Watson revealed in League Express he was hopeful of securing more transfer targets this week.

Delighted to announce the signing of Daniel Vidot https://t.co/Rbdc50o7ho

Vidot has been offered a deal by worldwide wrestling company WWE, and revealed on social media several weeks ago that he had accepted the deal – but will first finish up his commitments in rugby, which now entails playing in Super League with Salford.

“WWE trial finished and they said … Yes,” Vidot posted on his Facebook page to confirm the deal.

“They’re keen to sign me. Three year deal, is what it’s looking like but won’t be til a couple of years away.

“But first (I must) finish off my rugby contract)… Then (I) am looking to do the big switch.”

The news of WWE potentially looking at Vidot was revealed earlier this year, when reports emerged that he was seriously considering a switch to professional wrestling when his rugby career ended. He said at the time:

“They first approached me last year but I was playing good football with the Broncos, so I didn’t take it seriously.

“Then just recently they contacted me again and I’ve decided I’m going to have a crack at it.”