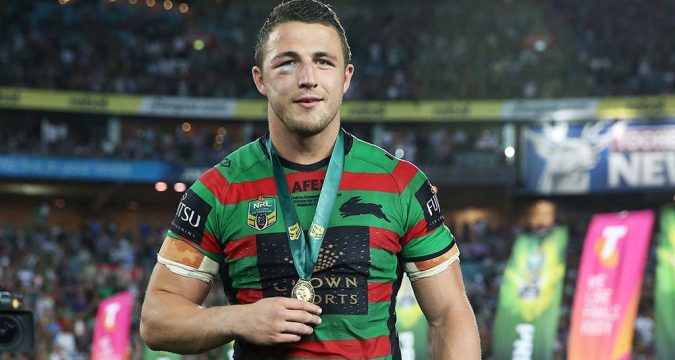 Former South Sydney and England star Sam Burgess has been successful in his appeal against his conviction last month of intimidating his former father-in-law.

Burgess had been found guilty of intimidation following an argument with Mitchell Hooke, his ex-wife Phoebe Burgess’ father, at his property near Bowral in NSW in October 2019.

But on Friday at Goulburn District Court Judge Mark Williams SC allowed the appeal, on the grounds that the version of events accepted by the lower court could be proved beyond reasonable doubt, while saying that the accuracy of Mr Hooke’s version of events was questionable.

“He is relieved,” Burgess’ lawyer Bryan Wrench said outside the court.

“This is the judgment he deserves. He never wanted this fight, but he had to fight to clear his name. He is innocent and finally he has been vindicated.”

Hooke had claimed that Burgess walked over to him and pointed his finger “1.5 metres to two metres” away from his face, yelling: “I’m going to get you.”

Burgess accepted that a heated argument had taken place but he denied saying he was going to “get” Mr Hooke.

“This was a case of the word of Burgess against the word of Hooke,” Judge Williams said, adding that the argument did “not constitute intimidation” before quashing the conviction.