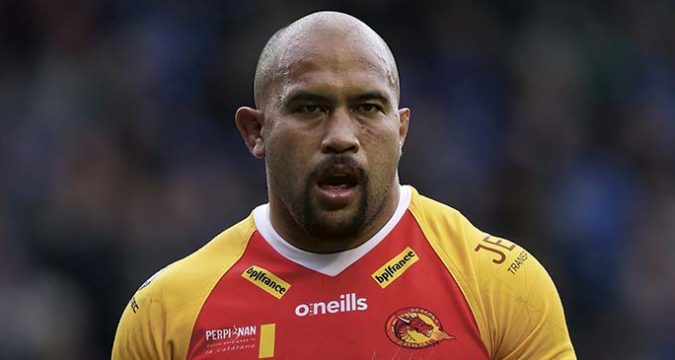 Sam Moa’s time at Catalans appears to be coming to an end after he was offered to rival Super League clubs.

The 34-year-old is off-contract with the Dragons at the end of the season and was recently offered to a string of clubs in the UK.

Steve McNamara is currently reshuffling his pack, with Antoni Maria and Mickael Simon already announced as leaving and Moa, a Tonga international, now also seemingly heading out of the club.

Gil Dudson will link up with the Dragons next year from Salford, but further arrivals appear likely to help fill the void left by the outgoing trio.

A Challenge Cup winner with the Dragons, Moa has spent the last four seasons in Perpignan, making 85 appearances for the club.

Having spent 13 years at the top of the game, Moa has made over 250 professional appearances for the likes of Cronulla, Hull FC and Sydney Roosters.

Internationally he has played 19 times, ten times for Tonga and nine times for New Zealand.

In 2013 he was deemed unfortunate to not be named man of the match as the Roosters won the NRL Premiership.

Now, he looks set for a new challenge.