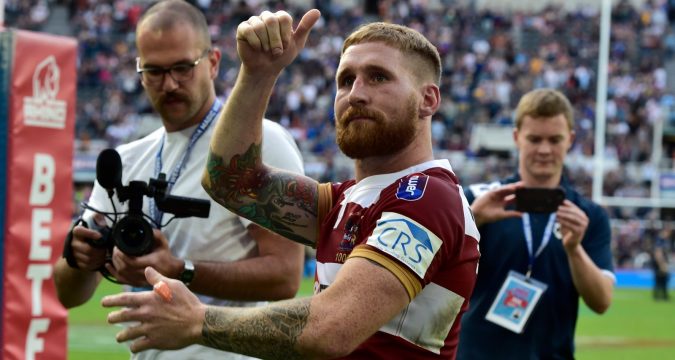 Sam Tomkins could be in line for his first England appearance for four years this weekend, after being included in Wayne Bennett’s 19-man squad for the first Test against New Zealand in Hull on Saturday.

Tomkins, who last featured for England in the 2014 Four Nations, is named in a squad which does not include Stefan Ratchford, the man who played fullback for England in Denver earlier this year.

However, Bennett hinted on Monday that Tomkins may not be at fullback at the KCOM Stadium on Saturday, meaning that St Helens utility Jonny Lomax is the frontrunner to wear the number one shirt against the Kiwis.

Wakefield duo Tom Johnstone and Reece Lyne – the former of whom scored a hat-trick on his Test debut last week against France – are among the other players to miss out.

Leeds half-back Richie Myler, a late call-up for the autumn internationals, is included.