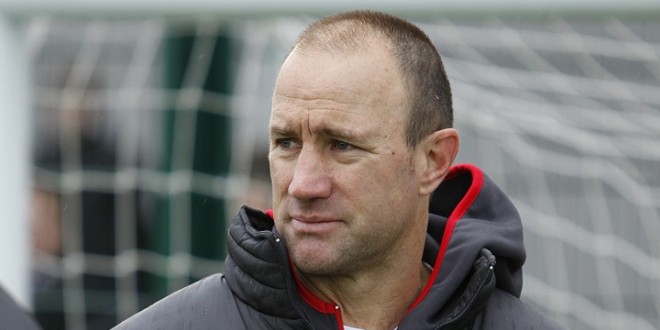 Hull KR coach Craig Sandercock thinks his side need to get off to a quick start to stand any chance of defeating Salford Red Devils on Saturday.

The Robins visit the AJ Bell stadium this weekend looking to avenge Sunday’s heartbreaking loss to Widnes Vikings, in which they let a comfortable lead slip in the final 10 minutes.

Despite letting the Vikings back in, Sandercock thinks his side’s first-half performances need the most work.

“We’ve started too slowly for our liking in the last couple of games so we need to start well, make sure we are disciplined and do all the little things well,” he told Hull KR TV.

“Salford have possibly been a little bit like us in terms of being up and down this season but they’ve got some world class players and some players that can score tries out of absolutely nothing.

“It’s no secret that they’ve got two class halves, but especially Rangi Chase, and Gareth Hock is a class player as well, so they’ve got some real strike weapons.

“We realise it’s going to be a really hard game and we need to be at our best.”