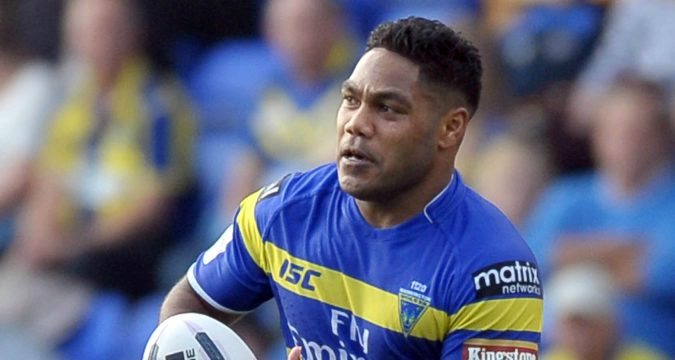 Warrington Wolves coach Chris Sandow has showered praise on half-back Chris Sandow – by comparing his kicking game during Thursday’s win at Salford to that of legendary scrum-half Sean Long.

Sandow was outstanding for the Wolves as they fought back from 30-12 down to win 31-30, with the Aussie’s drop goal after the hooter sealing a memorable victory for Warrington.

And Smith was quick to pay tribute to the half-back afterwards by saying his all-round game was that good, it reminded him of the iconic Long.

“That was probably as convincing a kicking game I’ve seen since Sean Long was in his pomp,” Smith said. “It was not just his field goal but some of his tactical kicks in the second half were world class.

“And to come up with a field goal like that, you’ve got to pinch yourself sometimes. It was a phenomenal kick in those conditions and under that pressure.”

Smith also said he felt for the Red Devils, insisting a share of the spoils would have been a fair outcome before Sandow’s last-gasp heroics.

“I’ve got to feel for Salford and I thought a draw would have been a fair result. They controlled the first half and played the conditions really well.

“I was really pleased we found a way to win. We’re probably not known as a team who know how to do that but we showed a lot of character.

“It pretty much panned out the way we talked at half time when we said we just needed a fair share of the ball. We didn’t think we would win it in the first 20 minutes of the second half but we thought we could win it in the last 20. We just had to stop giving away penalties.”