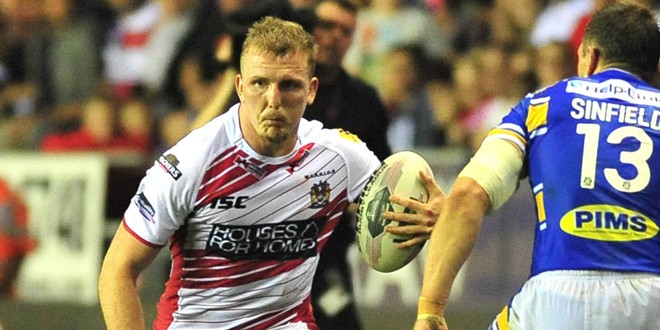 Wigan Warriors and England star Dan Sarginson has revealed he’d be happy to get the opportunity to play full-back for the club in the opening weeks of next season.

Warriors coach Shaun Wane has a dilemma on his hands after it was confirmed last month that Sam Tomkins would miss the first few weeks of the season due to injury.

Wane revealed to League Express several weeks ago that Lewis Tierney will get first crack at the vacant full-back berth whilst Tomkins is out, but Sarginson told WiganToday.net that he’d be open to playing there – adding that he loves the role.

“I love playing at full-back. I played stand-off, centre and full-back at London,” he said.

“When I moved to centre when I came to Wigan , I was unsure because I wanted to play full-back – and I still had stand-off in my mind too.

“But I’ve come to terms with the fact I’m not a No.6 now! When I do play full-back I really enjoy it, I love the open spaces.”