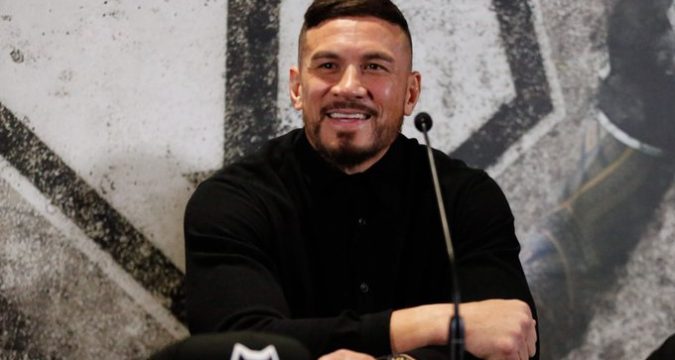 Sonny Bill Williams has promised that “the magic will come” after making his long-awaited return to Rugby League on Sunday.

Williams played 54 minutes in Toronto’s 28-10 defeat to Castleford at Headingley, as the Wolfpack’s Super League debut ultimately ended in defeat.

Both coaches stressed afterwards that the Kiwi superstar will get better as his first season back in Rugby League since 2014 rolls on, and Williams himself reinforced that point post-match.

“The magic will come if I’m doing the little things well, the little one percenters, pushing up, support play, working back third man, all that stuff, kick chase.”

Williams also revealed that he was initially only supposed to play no more than half an hour on the orders of Brian McDermott, but that he didn’t want to come off due to feeling better than he expected.

“It didn’t go our way, but if I look at it from an individual point of view then I know I worked hard and if I continue to do that then the rest will come. It’s a long season and I’m just happy to be here.

“For me, I just prided myself on trying to do the little things well. Obviously it wasn’t magical, but the foundations have been laid and I’ve just got to keep working on that.”

On the result itself, Williams was pragmatic about the Wolfpack’s chances moving forward.

He said: “It didn’t go to plan, but at the end of the day, that’s the game of footy. You win some and you lose some.

“From a team point of view I am very disappointed, but individually I’m just glad I got back out there and got a taste of it and started to get my rhythm. I’ve got something to work on, a good base.

“We got outmuscled in the middle and if you don’t win those confrontations then the rest is an uphill battle. The boys will be hurting and we’ll go back to the drawing board and we’ll work hard. It’s never a mistake if you learn from it.

“It was an awesome atmosphere, and for myself, going into the game, the coach only wanted me to play 20 or 30 minutes max, but I felt like I was getting the feel of it while I was out there.”