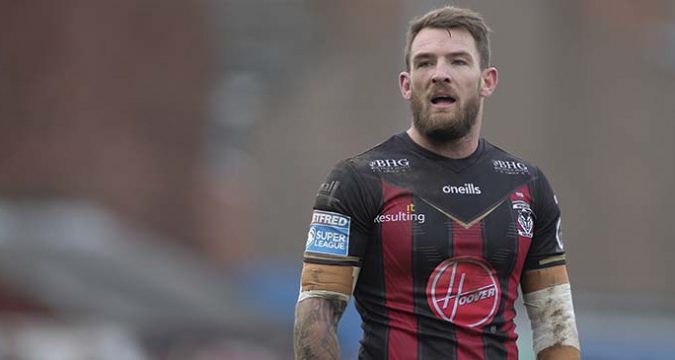 I’ve already picked the players I think can make a difference at the clubs I believe will finish from twelfth to fifth this season.

Now for the most influential operators at my top four teams.

But Daryl Clark is the man who will make the team tick, and I’d make the livewire hooker the team’s captain to allow Chris Hill and Jack Hughes to focus on their duties in the front and second row respectively.

With all his experience and the respect in which he’s held, Clark has all the attributes needed to be a great team leader.

He’s a good decision maker who provides top service to his team-mates, and can quickly get his side on the front foot.

He’d enjoy the responsibility of trying to push the Wolves closer to a first title since 1955.

Robert Lui – it really is time to step up to the plate, son.

It’s great news for the Headingley faithful that Liam Sutcliffe, having been unsettled last season, has agreed a new contract, because he can certainly shed that utility tag and establish himself as one of the best centres in Super League.

And, of course, the backs need to get the ball at those key moments, which is where Lui can really make his mark.

Leeds have a strong pack to lay the foundations for Lui to work from, and we know he has the ability. Now he has to find the consistency that has been lacking.

He’s a freak of a backrower (and I don’t mean that as an insult) because he belies his size and physique, and getting him back to the club is a huge bonus.

He was great the first time around, and now he’s older and more experienced after two years at Canberra. And he knows Wigan, so settling back in should be straightforward.

It was great to see a British player going Down Under and doing so well, and will be great to see his skills in Super League once again.

I’d get him installed as captain in succession to Sean, and with the addition of John to an already capable squad, I believe this could be a good year for Wigan.

Saints are after a hat-trick of league titles, and while there have been a few changes to Kristian Woolf’s squad, Morgan Knowles remains the main man.

There was a time when he was a bit of an unsung hero, but he’s been in the Dream Team for the last two seasons, and that reflects his consistency as well as his talent.

He adds more than a touch of quality to the pack, and my only concern is that too often he ruffles feathers when he should just focus on his own game.

I love a good old-style loose-forward, and Morgan has what it takes to become another Harry Pinner, and certainly one of the best players in Super League.