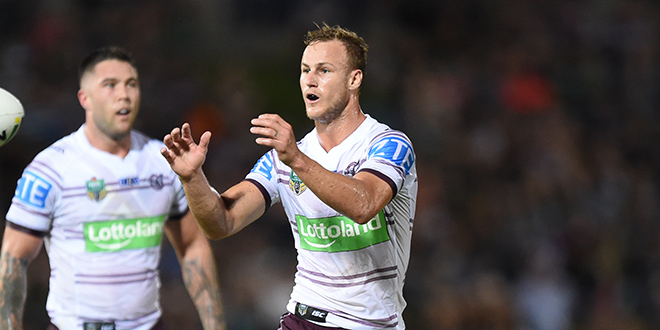 Manly Sea Eagles bounced back from the disappointment of their opening round loss on golden point to Newcastle Knights to inflict a heavy 54-0 defeat on Parramatta Eels.

First half tries from Daly Cherry-Evans, Apisai Koroisau, Addin Fonua-Blake, Curits Sironen and a first NRL try for Lachlan Croker had the Sea Eagles in a comfortable position at the break.

At 28-0 down, chances of an Eels comeback were slim and they were a distant memory when a further three tries in the opening 20 minutes of the half from Jake Trbojevic, Curtis Sironen and Lloyd Perrett put the game completely out of sight.

Jorge Taufua rounded off the win for Manly as they resigned Parramatta to two defeats from two to open their campaign.