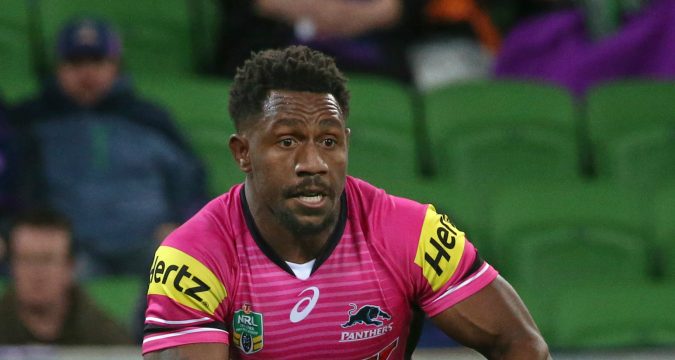 Leeds Rhinos hooker James Segeyaro admits the opportunity to join the Super League champions and help attempt to revive their ailing fortunes was a chance he couldn’t turn his back on.

The 25-year-old has joined the Rhinos until the end of the season after being involved in a swap deal which has taken fullback Zak Hardaker the other way to Penrith.

There is scope for a long-term deal if all parties are happy, but in the immediate term, Segeyaro told the Rhinos’ official website that he can’t wait to pull the shirt on and he’s excited to take up such a fantastic opportunity.

“I am very excited to get over. I know that the team hasn’t been doing as well as it should be; so I’m looking forward to getting over and playing footy that really suits me.”

“I’m over the moon to join the Rhinos, who are such a powerhouse in Super League.”

“To join such an amazing club with rich history was an opportunity I couldn’t turn away from.”