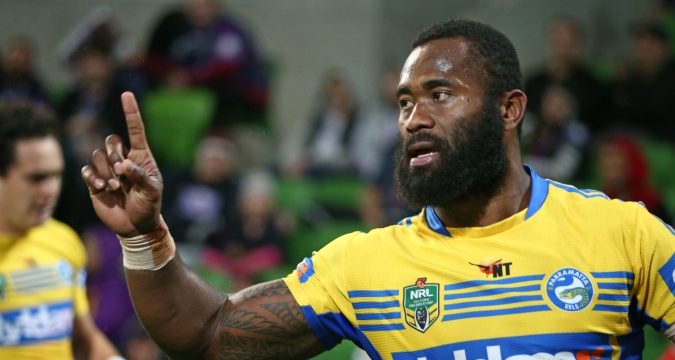 NRL side Parramatta Eels have confirmed that winger Semi Radradra will leave the club at the end of this season and cross codes to join rugby union side Toulon.

The Fijian winger has been linked with Toulon on a number of occasions over the last 12 months, with reports at one stage suggesting he could have left at the end of the last NRL season.

But, the Eels confirmed the news that one of their biggest names is leaving the club in an email to its members on Wednesday, with the statement reading:

“The Parramatta Eels Rugby League Club have been advised by George Christodoulou, the manager of Semi Radradra, that Semi has accepted an offer to play rugby union for the Toulon Rugby Club for the 2017/2018 European rugby season, with an option for a second year being the 2018/2019 season. This option for the second season is in favour of Semi Radradra. The European rugby season operates from approximately August thru May.

“Semi has a court appearance on 13 February 2017. As advised previously to Semi and his manager, Semi will fulfil his 2017 Playing Contract with the Parramatta Eels as the Club will not release Semi from his 2017 obligations to our Club; accordingly, the earliest Semi could commence at Toulon is early November 2017.

“In early December 2016 the Parramatta Eels indicated our wish to keep Semi at our Club by making a very attractive offer to Semi for the 2017 (upgrade of existing contract), 2018 & 2019 NRL seasons.

“The offer from Toulon was substantially higher than our Club’s offer. We look forward to Semi being a most productive member of the 2017 Parramatta Eels playing squad and then we wish Semi well in his rugby union venture with Toulon.”

Radradra is the latest big name in world rugby to join Toulon, following in the footsteps of the likes of Sonny Bill Willi

Toulon has a reputation for luring big-name foreign players, with the likes of Sonny Bill Williams, Matt Giteau, Drew Mitchell and Jonny Wilkinson all representing the French rugby club.