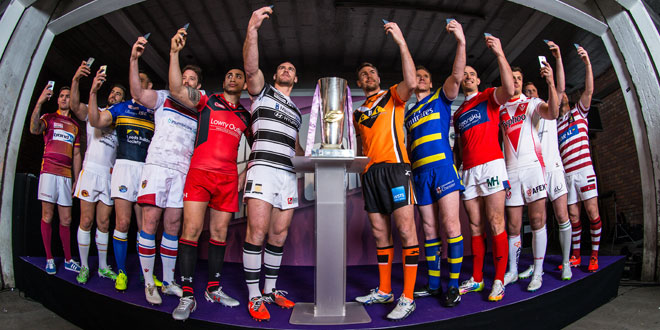 Whisper it quietly, but there’s a feel good factor in the Rugby League community.

Following the overwhelmingly successful Magic Weekend, coaches, players and fans alike were more than happy to provide us with a paper’s worth full of exciting content, with transfer signings, a head coach appointment and a stack of pictures just a few of the elements in this week’s must read paper.

Still not convinced? Well here are seven reasons to buy the paper today.

1. Following the record breaking Magic Weekend in Newcastle, we have the news, views and opinions of some of the biggest names in Rugby League. Kieron Cunningham was delighted, Paul Anderson was not, and Garry Schofield has given the thumbs up. Martyn Sadler’s piece ‘Talking Rugby League’ also features some of the best fan pictures from the weekend.

2. Are you the type that fancies a flutter in the bookies? Tony Nolan provides some interesting insight into some of the betting markets, most notably on the number of points scored in a game. We can’t promise, but he might be able to help your winnings total in the future.

3. Well, who saw this coming? The legendary guru of Rugby League has returned. Brian Smith wasn’t the first name that came to mind when Wakefield were looking for a new head coach, but there’s no doubting how big a coup his appointment is for the Wildcats. Chairman Michael Carter has told us about the decision.

4. The Magic Weekend has overshadowed a number of important player recruitments across Super League clubs this week. We have the latest transfer news from St. Helens, Hull FC, Huddersfield and Catalans.

5. The poor old Kingstone Press Championships have quickly been pushed out of the spotlight following last weekend’s Summer Bash. But we’re on hand with news from all 26 clubs, including the retirement of one of the lower league’s most dangerous players of the past decade, Mick Nanyn.

6. As ever, we have match reports from all the Magic Weekend, Championship and Championship 1 games, plus the lowdown from the first State of Origin game and the NRL.

7. Positivity hasn’t spread to our mailbag just yet. We give you, the readers, a chance to discuss and debate your thoughts through our world famous mailbag.