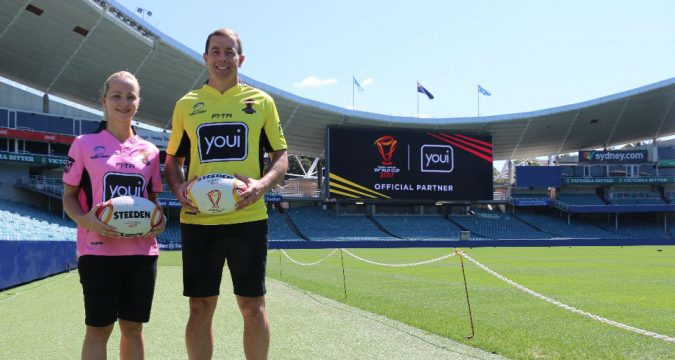 Seven RFL match officials have been selected for the World Cup.

For the first time ever, a female referee is set to be appointed to a World Cup fixture after Belinda Sleeman was included by World Cup head of officiating Tony Archer and match officials Steve Ganson, the head of match officials at the RFL.

“This is an historical tournament in which all match officials, announced today, qualified by officiating in either the NRL or Super League competitions,” Archer said.

“I have worked closely with my counterpart Steve Ganson and the other coaching staff to select the group. We have the Grand Final officials from each competition as part of the squad.

“Their selections are a result of each individual’s strong performances throughout the 2017 domestic season and there is a wealth of international and representative depth in the squad.

“The squad will be based in Brisbane throughout. This is a great opportunity for match officials at the elite international Rugby League level to come together as one and I am confident they will perform very well.”

Archer also offered clarity on the rules that will be used at the event, commenting: “The tournament will be played under the International Laws of the Game with specific interpretations that reflect the common rules played in Super League and NRL, including seven tackles from a 20-metre restart, a tap restart from a 40/20,” Archer said.

“All matches will have one referee and will utilise an in goal video referee referral system.”