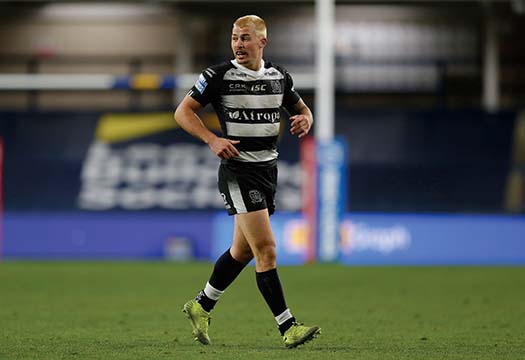 Shaul, 28, suffered an anterior cruciate ligament while playing for Hull in their 48-6 victory over Castleford Tigers at the KCOM Stadium on 14 October.

The following month he underwent surgery to repair the damage.

Now, two and a half months later, while his team-mates are preparing for the start of the new season, Shaul is working hard with the club’s medical staff to build back the strength in the joint.

It is likely that he will be missing until August, given the normal slow recovery from ACL injuries.

But despite the frustration of missing the star of the season, Shaul appears to be in good spirits, if the video he posted on Instagram at the weekend is a reliable indicator of his progress and his state of mind.

“Slowly getting there,” he wrote in the accompanying caption.

New Hull coach Brett Hodgson is reported to be impressed by his star fullback’s attitude to his recovery, although his absence in the early part of the season means that Jake Connor is likely to occupy the fullback role, with Josh Reynolds and Marc Sneyd partnering at halfback.

Shaul’s contract at Hull ran out at the end of 2020, although he is thought to have signed a new deal that was offered to him prior to him suffering his injury.