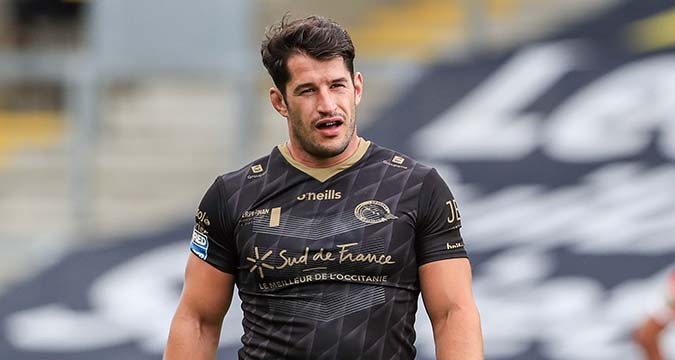 Ben Garcia has some big shoes to step into after being named as the new captain of Catalans Dragons.

The 27-year-old second-rower has taken over from club legend Rémi Casty, who had skippered the Dragons for the past eight seasons but has now switched to Toulouse Olympique.

“But I’m really proud and honoured to have been asked and I will give everything I have to the role.”

The French international joined Catalans from home-town club Avignon in 2013 following a period playing junior league in Australia (where he won the Manly Seagulls Colts player of the year) and, despite a brief stint at Penrith Panthers, he has been an ever-present at the Stade Gilbert Brutus.

He added: “I’m really proud to be the new captain. I grew up as a Dragons fan and always dreamt to be one day the captain of this club.

“I’m ready to take on the role and lead by example; I really want to do well and win trophies with the club.

“We are entering a new cycle with a lot of young players coming through and I really want to be a part of that and lead this team forward.”

Coach Steve McNamara said it had been an easy decision to appoint Garcia, adding: “Ben’s a winner, he likes to compete and he is very focused. He’s very experienced, he’s spent time in Australia and he’s a really rounded individual, a new father and very level-headed and he is going to be a really good captain for this club. We’re all very proud of him and it’s an honour for me to be able to give him that opportunity.

“Ben was the clear and obvious choice to be the new captain of the club. His drive and ambition combined with his high level and consistency of performance made this an easy choice.

“He has total respect from everyone within our playing group and he will always put the team first.”

“He’s one of the fittest players at the club, he’s up there on every measure, and hugely respected by all and in particular the younger French players.

“The respect they have for him is immense because of the way he conducts himself on and off the pitch. He is the ultimate role model for young French Rugby League players.”