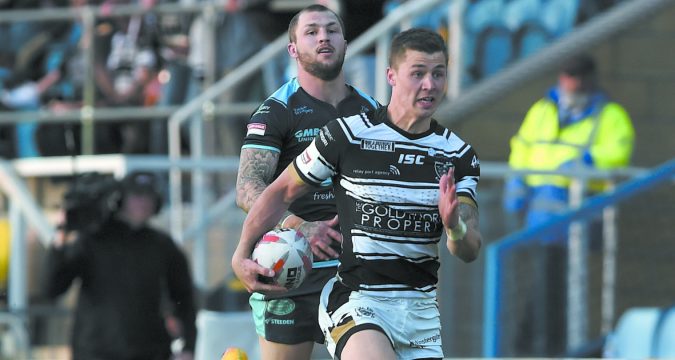 Jamie Shaul believes players should be able to speak to rival clubs twelve months before their existing contracts are set to expire.

Like many other players, Shaul is off-contract with his current club, Hull FC, at the end of the season, and the COVID-19 outbreak has left his future up in the air.

As it stands, players are free to speak to rival clubs from next week, with the current deadline being May 1st.

While the fullback believes that should be moved back due to the current climate, he believes it should be extended further down the line.

“I don’t think it’s right. I think it should be twelve months, because clubs can hold off and hold off and then decide they have nothing for you really late. By that point, other clubs have re-signed their contracted players and there’s not a lot left for the rest.

“If it were twelve months, then, if clubs are holding off, you could go and pursue options elsewhere and get yourself sorted. That’s how it works in the NRL, but it doesn’t over here.”

That’s not to suggest Shaul is heading towards an exit from KCOM Stadium.

“I am off-contract, but they spoke to me before all the coronavirus outbreak happened.

“I don’t know what the crack is currently and come next month we can speak to other clubs as it stands. But I reckon they should delay that now so that clubs can get first dibs on their current players; there’s too much other stuff to worry about now.”

In the meantime, Shaul is planning on making the most of the lockdown.

“I’m just trying to spend as much time with the kids as I can, and I’m probably playing too much PlayStation! And I do a spot of fishing now and again. I’m not overly keen, but I like to throw my rod in and relax for the day.”