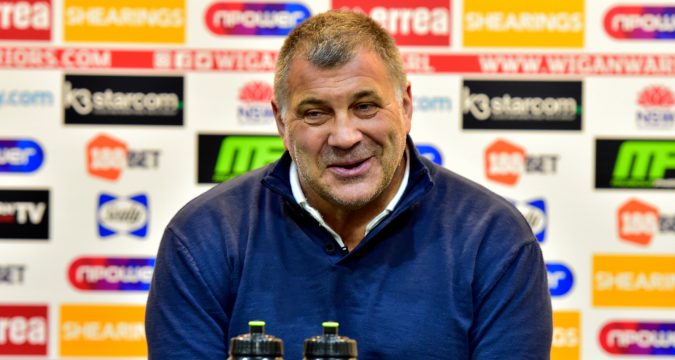 England Head Coach Shaun Wane has named a provisional 24-player squad for next Friday’s (25 June) mid-season fixture against the Combined Nations All Stars at Warrington.

The squad, which will be reduced to 19 before the squad goes into camp next week, includes George Williams, who returns to England as a free agent following his release on compassionate grounds from Canberra Raiders. Williams’s final appearance for the Raiders was against Melbourne Storm on 22 May and his inclusion in the final squad is subject to fitness.

Also included are Castleford’s Paul McShane, the 2020 Betfred Super League Man of Steel who is set for his England debut at the age of 31, plus several uncapped players.

Ash Handley is joined by his Leeds Rhinos team-mate Mikolaj Oledzki, who has earned a promotion from the England Knights squad and could make history as the first Poland-born player to play international Rugby League.

There are also first call-ups for Huddersfield’s centre Jake Wardle and for Tom Davies, who is one of the two Catalans Dragons players in the squad alongside Sam Tomkins.

Wakefield’s Joe Westerman is re-called to the England set up after an absence of seven years, joining his Trinity team-mate Reece Lyne in the squad.

No NRL-based players were considered for selection.

“We have a good blend of youth, versatility and experience, and I have every confidence in whoever makes the final cut,” said Wane.

“I watch every Betfred Super League game, every week, at least once, and all of these players have earned the right to play for England.”