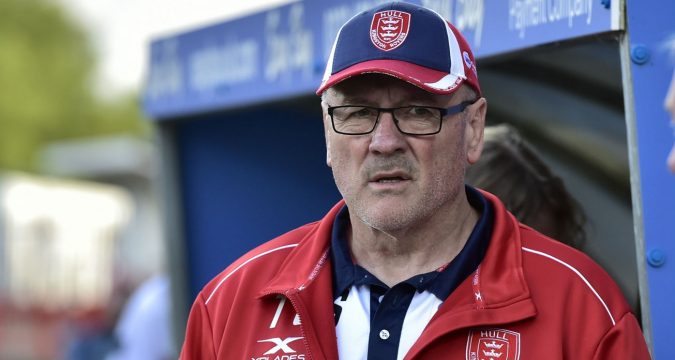 Tim Sheens saw his side pick up back-to-back Super League wins for the first time in over three years, but still picked holes in the Robins’ performance.

Rovers defeated Salford 52-22, a victory that propelled them into tenth and leaves them with an outside chance of making the top eight.

Danny McGuire scored a hat-trick for Sheens’ side, but he was left disappointed with their end to the game.

“Again we were disappointed with the back-end of the game, much like last week,” Sheens said.

“I’m not taking anything away from them, but we just gave too many silly penalties away and a couple of loose balls. We cleaned up on our goal-line for a bit, and eventually they got us but they had to go hard into the right-hand corner and find an over-the-top pass to get us, so I was pretty disappointed with that control in the latter part of the second half.

“It’s something we’ve got to fix, because when you play against better sides in upcoming months and you could be in a bit of trouble if you don’t sort that out.”

Despite that, Sheens admitted there were positives.

“It’s points in three consecutive games and it was June 2015 or something since we last recorded back-to-back wins, but we’re just focusing on winning games and hopefully by the end of the season we’ll either sneak into the Super 8s, or if not, we’ll be winning games and secure ninth or tenth position to secure an extra home game.”

Buy League Express for the latest on Justin Carney’s future, plus a full-page report on the victory.