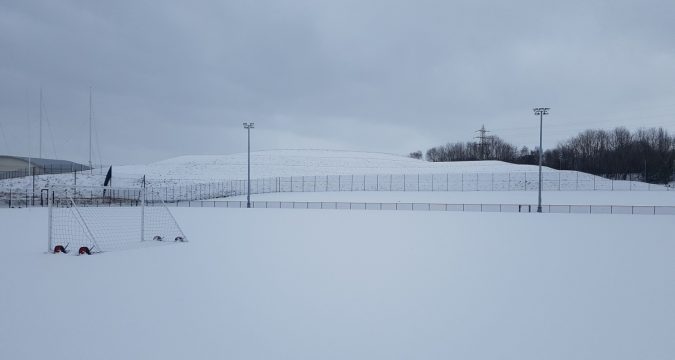 Sheffield Eagles’ long wait to return to the city has been extended a week after their match with London was postponed.

Mark Aston’s side were due to entertain the high-flying Broncos on Sunday in what was the first match at the Olympic Legacy Park,

However, heavy snow has resulted in the fixture being the latest to be called off.

No other Championship games have yet to be called off, although Batley anticipate their match with Halifax will not go ahead.

Eagles Chief Operating Officer Liam Claffey said, “It is disappointing we have had to postpone our first game back in Sheffield at the Olympic Legacy Park.

“However after meeting with the RFL and Pat Smith (Ground Safety Officer) it became apparent that the game could not take place and we fully support the decision.”

“The safety of players, officials and supporters is paramount and we hope that making an early announcement assists those that were planning on coming to Sunday’s match.”

“We thank London Broncos for their understanding and a re-arranged date will be confirmed for the fixture in due course.”