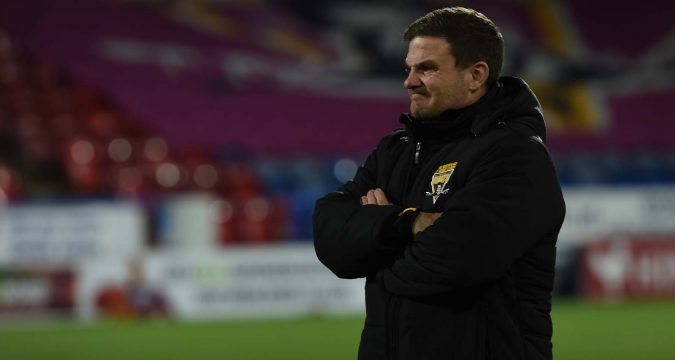 The shellshocked Giants coach couldn’t believe what he’d seen after his side missed out on going to the Super League summit after losing in golden point to Leeds, having been 26-6 ahead.

“You could see them grow a leg in the last five or 10 minutes and you could see us completely lose our way.

“There’s going to be some very hard lessons learnt there.

“We spoke about our discipline before the game but we let them out of their own end really easily in that last 15 minutes, our discipline went out the window.

“We went away from the things that worked well for us defensively in the first 65 minutes. We had ample opportunities to regroup and reset but for that last 15 minutes we weren’t good enough to do that.

“We proved for 65 minutes the attitude in defence before the break, we brought that again tonight, we turned up with a fantastic attitude. I thought there were some really nice things from an attack point of view, to score 26 points tonight is very pleasing.

The former Giant cut the lead to six with a try, but it wasn’t clear whether he had grounded the ball.

“From where I sit, Lewis, the guy who runs our video said it wasn’t a try so again, without blaming the referee, Robert Hicks is experienced enough to take that to the video ref, surely to god.

“I thought, again, we beat ourself tonight but for an experienced ref to not at least send that upstairs is not acceptable.”