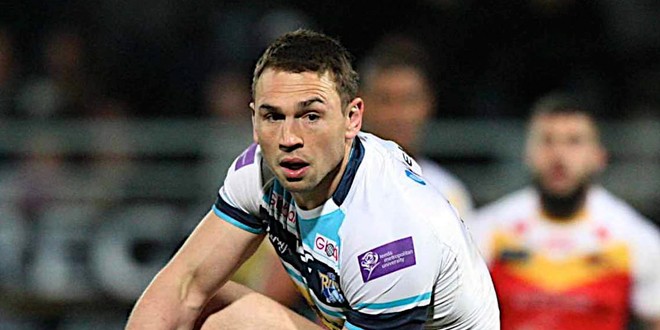 Leeds Rhinos captain Kevin Sinfield has insisted he is confident of playing again for the Rhinos in his final few weeks at the club – and described his chances of making next week’s semi-final as “99 per cent”.

Sinfield limped off during Leeds’ defeat to Castleford last Thursday with a dead leg, but he has moved quickly to calm fears that he could have played his last ever game for the club ahead of his impending switch to rugby union and sister club Yorkshire Carnegie.

In fact, Sinfield hasn’t completely ruled out the possibility of him playing this Friday at Huddersfield.

“I’ve had something like this before, in a World Club Challenge at Elland Road and I missed the next four games,” Sinfield told the Yorkshire Post.

“It is nowhere near as bad as that and it is just a matter of time.

“I’m in great hands. The medical team here are brilliant and I am 99 per cent sure I’ll be right for the play-off game.

“For this week I may be close, but that call will probably be made on Thursday or even Friday morning.”